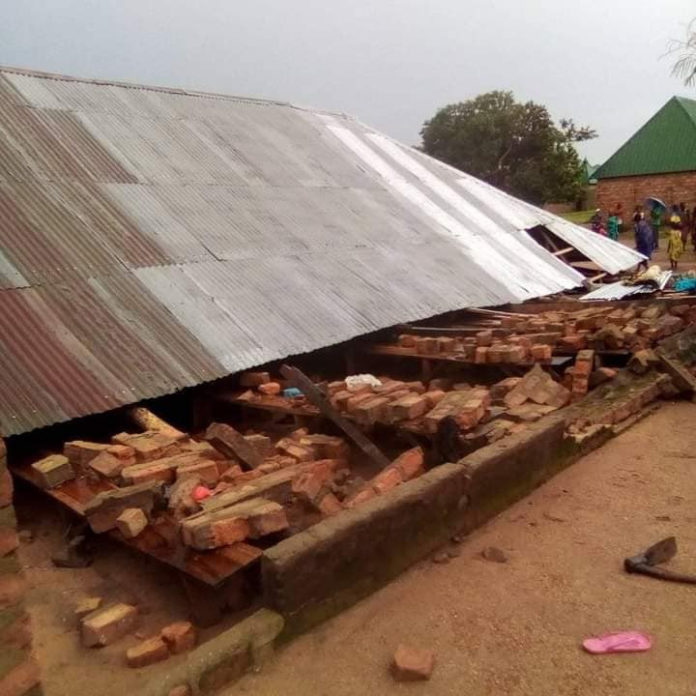 Two workers at a construction site were buried alive when a wall collapsed on them at Konkromoase, near Atasemanso in the Ashanti region.

The two men, yet to be identified, are believed to be between the ages of 27 and 39 years.

They were among four employees digging a trench for the foundation of a housing project.

A nearby retaining wall collapsed, trapping the two beneath it.

The two were discovered dead in the rubble.

“I was working with the machine and suddenly the wall of the other house collapsed on the other workers. We realised at the other side of where we were digging it was soaked with water so we stopped.

“Where it collapsed, we didn’t see any sign of such,” said Kwabena Wiafe, a surviving worker.

Two other workers survived the accident.

One of them sustained injuries and was rushed to the hospital.

The police have invited the contractor on the project for questioning, as the workers have been asked to suspend work.