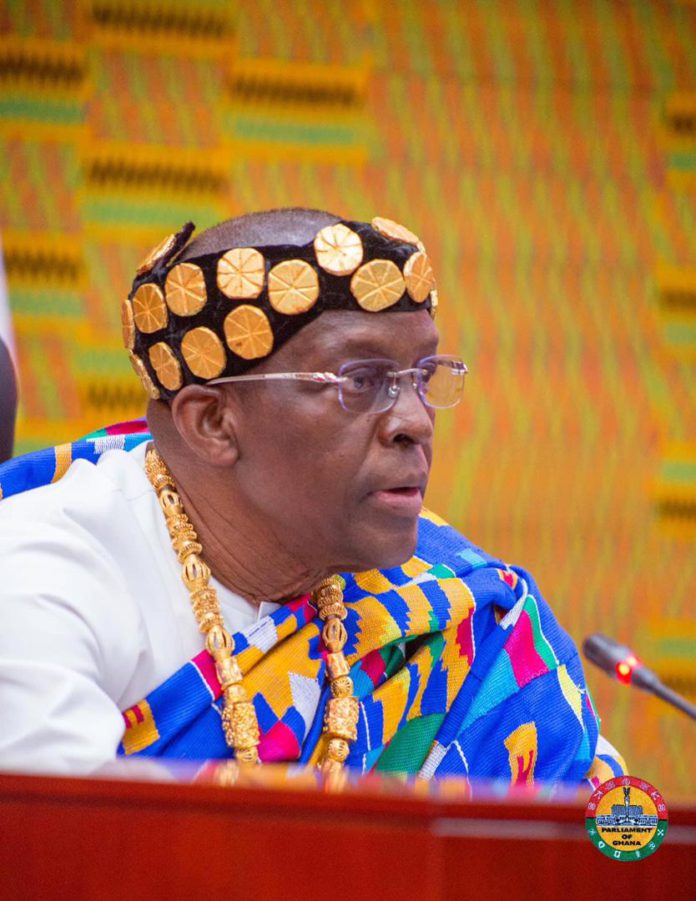 Speaker of Parliament, Alban Bagbin, has expressed his deepest anger over the failure of the Finance Minister to furnish Parliament with various contractual agreements signed by government agencies.

According to him, the Finance Ministry has for over a year disregarded the directive for the Ministry to provide details of agreement with other agencies to the House.

Speaking on the floor of the House, Mr Bagbin served notice that Parliament will not approve agreements signed by agencies under any ministry.

He added that his administration will not be a party to the numerous judgment debts that have saddled the country.

He said the House cannot rely on documents from private partners who enter into an agreement with the government as authentic documents for the House to work with.

Mr Bagbin urged the Finance Ministry to take notice of the demands of the House and provide the necessary documents as the country has experienced too many judgment debts.

“I will not work on any document that is not presented from government source. I know the legal implications and I will not risk that. I do not want to leave this seat and after that to be called by any agency to be investigated because of something,” he added.

In July last year, a Kumasi High Court slapped the government with a $15.3 million judgment debt for the unlawful seizure of excavators.

It has also ordered that government pays the mining company, Heritage Imperial Limited an amount of GH¢600,000.

This amount was awarded to the mining firm prospecting for gold in the Apamprama Forest Reserve in the Amansie West District of the Ashanti Region.

While answering questions on the floor of Parliament on November 11, 2021, Mr Dame said he was successful in getting the court to set aside its initial judgment debt decision.

“Mr. Speaker, I am again happy to state that on 30th July 2021, the High Court, Kumasi, upheld the application filed by my good self and set aside the judgment entered by the court over one year ago. There is thus no judgment debt against the Government of Ghana,” he declared.