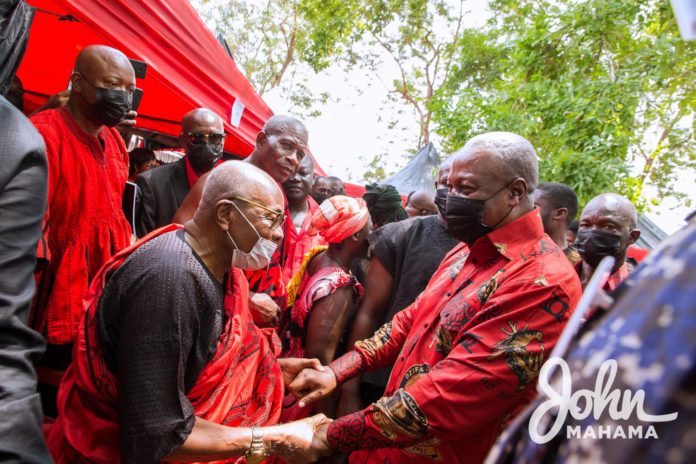 This was over the weekend during the funeral of a former Transport Minister, Dzifa Attivor at Abutia Teti in the Ho West Constituency in the Volta Region.

She reportedly passed on at the University of Ghana Medical Centre after a short illness.

Mr Mahama took to his Facebook page to share photos from the solemn moment as he eulogises Mr Dewornu.

“He was his usual gentle self, looking very strong and healthy for his age,” he lauded.

[email protected]: Ours is a story of hope – Akufo-Addo