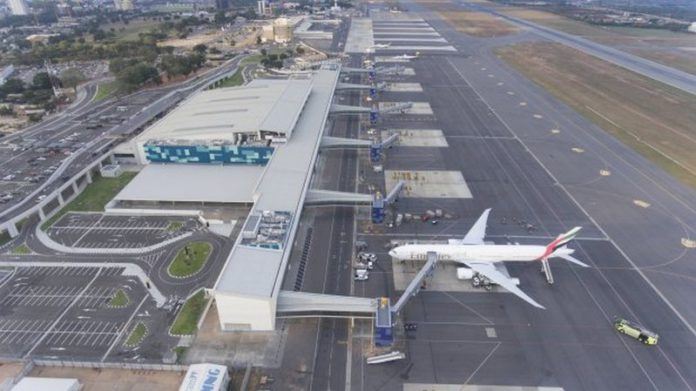 The Ghana Civil Aviation Authority (GCAA) has assured the general public that air travel is safe and secure despite the strike action embarked on by the Ghana Meteorological Agency (GMet).

According to the Authority, they have put in place contingency measures to ensure that flight operations are not affected by the strike.

In a press release, dated Saturday, February 19, they noted that, “the Authority has put in place adequate measures to contain the situation for the entire duration of the strike, as well as ensure that flights coming into the country and those flying within the Accra Flight Information Region (FIR), receive the required weather information needed for smooth operation.”

This comes after the staff of the Agency embarked on an indefinite nationwide strike on Friday.

According to the staff, the sit-down action is due to the government’s failure to respond to their resolution presented to the Communication and Digitalisation Ministry on January 5, which enumerated their poor conditions of service.

The acting Director of Forecasting and Synoptic Meteorology, Joseph Tetteh Portuphy, highlighted some implications of the strike.

Speaking in an interview on JoyNews’ The Pulse, he said airlines cannot fly into the country due to the strike.

He noted that “the airlines currently flying into the country are doing so at their own risk” since he does not know where they are getting their weather updates from.

This, he said is because the staff expected to forecast the weather are not providing that particular service.

This led to concerns from many Ghanaians, especially travelers.

However, the Ghana Civil Aviation Authority has noted that the aviation industry in Ghana is robust enough to deal with these issues while the strike continues.

“GCAA would like to assure the public that Aviation Safety and Security remain a foremost priority, and that it would do all it takes to safeguard the confidence and trust that the public has reposed in the Authority,” it said.