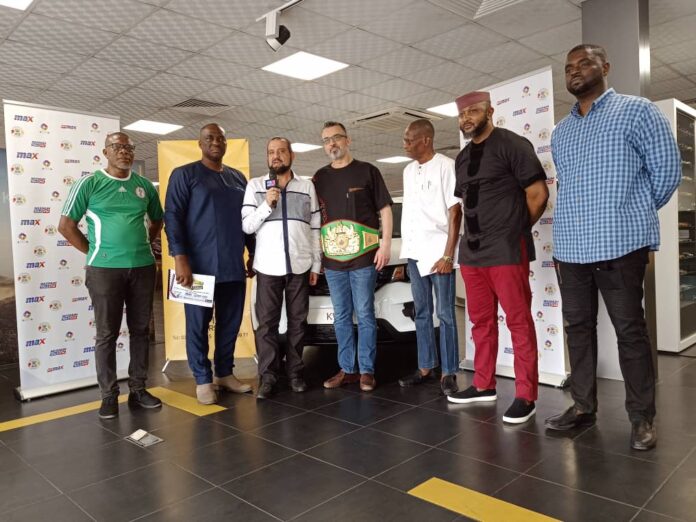 In a historic first of its kind for Boxing in West Africa, automobile giants Renault Ghana, through Premium Motors, have given the sport a massive boost with a mega sponsorship of two brand new Renault KWID vehicles ahead of the Professional Boxing League.

The CEO of Renault Ghana – Mr Jihad Hijazi, who signed on behalf of his company, expressed pride as well as a total commitment to the exciting new venture which will be broadcast LIVE every two weeks.

Speaking at the impressive signing and presentation ceremony at Premium Motors headquarters in Accra, Mr Hijazi said he believes boxing is about to step up a whole new level with the Professional Boxing League in the country.

“This is a project we are proud to be part of as our contribution to sports development in Ghana through boxing,” he said.

Meanwhile, iMax Media Group, who are lead investors with 1.7 million dollars for the Boxing League, was represented by Director Mr Fadi Fattal together with Yaw Ampofo-Ankrah and rederick Amoah.

The President of Ghana Boxing Authority, Abraham Kotei Neequaye, signed and sealed the contract with the highly respected car manufacturer.

The novelty league, which is due to take off on the 19th of February 2022 at the Bukom Boxing Arena, will feature 12 gyms and over 100 boxers.

The Ghana Professional Boxing League itself was launched on 23rd December 2021 and has been hailed as one of the most significant sports projects in Ghana in recent times.

The GBA and iMax Media Group signed a five-year boxing development partnership deal at the launch in the presence of key boxing stakeholders.

At the launch, the CEO of Imax Media Group, Maxwell Techie, reiterated that it was indeed a great honour for his organisation to work with the entire boxing fraternity to rebrand, develop and promote boxing in Ghana.