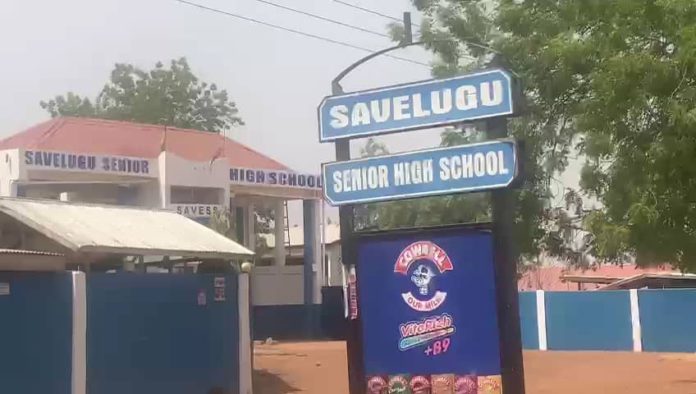 The students of the Savelugu Senior High School (SHS) in the Northern Region on Sunday, February 20, protested the quality of meals offered them by the authorities.

The riot began after they accused school authorities of feeding them with expired milk and tin fish. The students also said the meals offered are very small for young adults of their kind.

The rampaging students pelted stones on the roof of the dining hall amidst chants like “we will not eat.”

Speaking to JoyNews, one of the students said the protest was bound to happen, adding that this is because of the myriad of challenges they are facing.

One of them, who spoke on condition of anonymity, said the school currently has no electricity, making it difficult for them to study at night. He lamented that nothing has been done to address the situation.

He said meals offered them are poorly cooked and some have fallen sick after eating these meals. The student said several appeals to school authorities have failed, hence the riot.

“We are just pleading to the authorities and government to come to our aid and help us and give us the proper food that we are supposed to take for good health and good academic performance,” they noted.

The student said the riot was borne out of frustration and not because they are disobedient.

“We have been saying this even to the masters we’ve sat for general meetings with, and also SRC meetings, but we speak our problems but no response. That is what prompted us to get frustrated like this. It isn’t that we are disobedient, we are doing it to show that we are not happy with the way they are treating us,” they added.

The student added that he however did not agree with his colleagues who pelted stones.

“I just want them to address our grievances and provide us with the right food,” they emphasised.

Another raised similar concerns and added that their prayer has been restricted to three minutes. This, they said, is not fair.