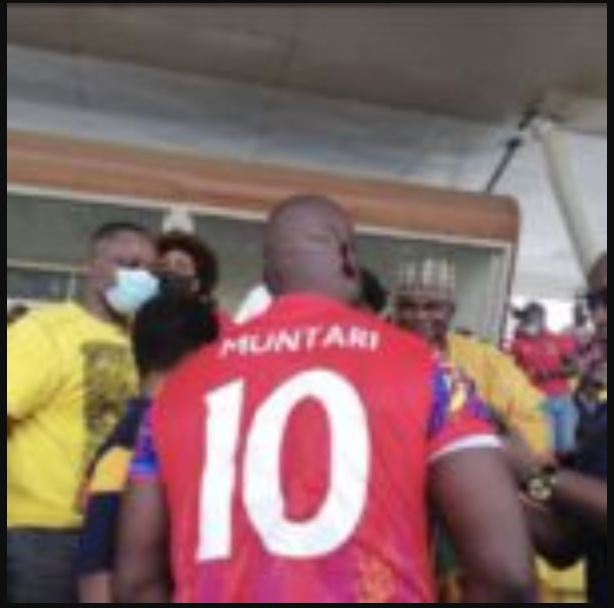 Former Black Stars captain Stephen Appiah showed up at the Accra Sports stadium in a customised Hearts of Oak jersey with Muntari inscribed at the back on Sunday for the Super Clash.

Appiah, who featured for Hearts of Oak between 1995 and 1997, was in the VIP area for the crunch tie.

His former playing mate Muntari was in the starting XI and lasted for 51 minutes before being replaced by Frederick Ansah.

The Super Clash which ended in a stalemate meant that Hearts of Oak are still 12 points behind leaders Asante Kotoko heading into the second round of the Ghana Premier League.

After three years without a club, Muntari joined the Phobians on a one-year deal and has since featured in three games.

When Muntari signed for the 20-time league champions, Appiah couldn’t hide his excitement and took to social media to welcome the former Inter Milan midfielder.

Hearts of Oak will hope the 2010 Champions League winner can help lead a resurgence when they begin the second round with a home game against Legon Cities.

Neither NCA nor telcos can block your SIM, don’t bother to register – Ras Mubarak