E-levy, the new elephant in Ghana! 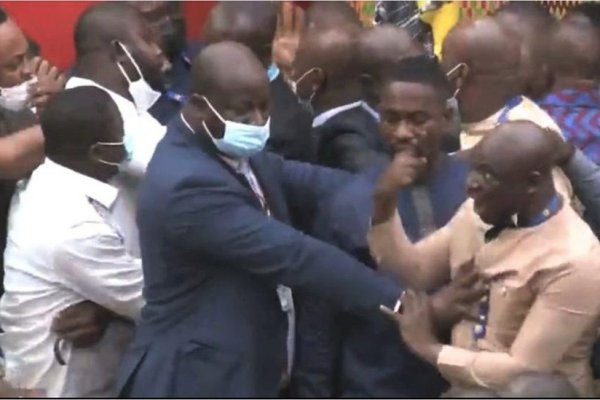 On the 17th of November, 2021, Ken Ofori-Atta, the Finance Minister, and the keeper of the Ghanaian purse on the authority of President Nana Akufo-Addo, presented the 2022 Economic Policy and Budget Statement to the good people of Ghana.

The Annual presentation of the Economic Policy does not mature and become operational if it does not walk on the corridors of Parliament.

The 2022 budget, unlike the 2021, the Agyenkwa budget is themed ‘Building a Sustainable Entrepreneurial Nation: Fiscal Consolidation and job creation.’

Mr Ofori-Atta at page 69, projected Ghana’s Total Revenue as GHS 100,517million of GDP and in the quest to up our revenue game as a country Government thinks, imposing taxation on electronic cash , the Electronic Transaction (Transfer) Levy, popularly known as E-Levy is the way to go. It, thus, introduced it into the 2022 budget.

The Government expects to generate over GHS6.9 billion which necks another essential flagship program known as the Youstart, which promises, according to the Finance Minister, to help the youth to start their own businesses by providing them with initial capital.

E-Levy was initially to charge 1.75% with the charging mark of above GHS 300 transfers.

The mentioning of the E-Levy by the Minister of Finance in Parliment was the beginning of the Mynority’s “wildness“.

Initially, it was like a bush fire, but eventually generated into a stand-still for a national discussion. In fact, E-Levy became the Second World War in Parliament, with the First being the Speaker’s Election.

This, coupled with the Speaker, Alban Sumana Kingsford Bagbin’s medical review also brought a lot confusion, wether the bill was rejected or not, with the First Deputy Speaker, Joseph Osei-Owusu illegible to vote or not, while presiding, was still hanging in the debate conveyer belt.

The Minority Leadership in Parliament, led by the full grown NDC pillar, Haruna Iddrisu, the MP for Tamale South who wants to be referred to as “a poor village MP” has fought the Elephant called the E-Levy tooth and bull, not to be allowed in the corridors of Parliament, let alone in the Chamber.

Mr Ofori-Atta, seeing the fire on the mountain, made a U-turn to start his U-start, made a number of concessions to the 1.75% and did 1.5%. From the beginning, the Minority didn’t appear to be that stiff, but as the discussion progresses, it strengthened its feets, and rejecting it outrightly, though it has asked Government to lower the bar on the poor Ghanaians who had engaged in MOMO or the working class wanting to part with some, budget left overs for their poor relatives in the villages and in schools.

December 6 and 7, 2021, Mr Ofori-Atta wrote and submitted his amendments on the budget statement and the economic policy.

Many, including the former New Juaben NPP and economist, Dr Assibey Yeboah, is reported to have cast doubt on the government’s ability to raise GHS6 billion in the E-Levy, envisaging between GHS3 and GHS 5 billion.

The arguments, raised by the Minority, is that, Government had engulfed in waste, with the Auditor General’s Report and reckless spending on COVID 19 fund.

As it stands, both the Majority and Minority are at the extreme end to their YES and NO, without show of compromise.

E-Levy, per the Hansards in Parliament (order paper), has featured many times without any show of passage.

Whereas, the Minority has deferred any other activity and assuming a cat-role ready to pounce on the bill to destroy it, the Majority was keeping its axes together to pass it.

The Majority’s only hurdle now is the absence of the MP for Dome-Kwabenya, Adwoa Safo at the Chamber.

Some NPP MPs such as Michael Okyere Baafi, MP for New Juaben and Kennedy Ohene Agyapong have indicted the former Deputy Majority Leader for sabotaging the Government in the passage of the E-Levy.

It is also instructive to note that the Minority Leadership and it’s Party Leadership have now made it clear, they reject the E-Levy in its entirety, not in any form or make.

The ensuing week shall be very interesting, whether the Elephant E-Levy will be allowed to pass to the chamber or the eagle eyed cat will not allow.

I can be impartial; not neutral