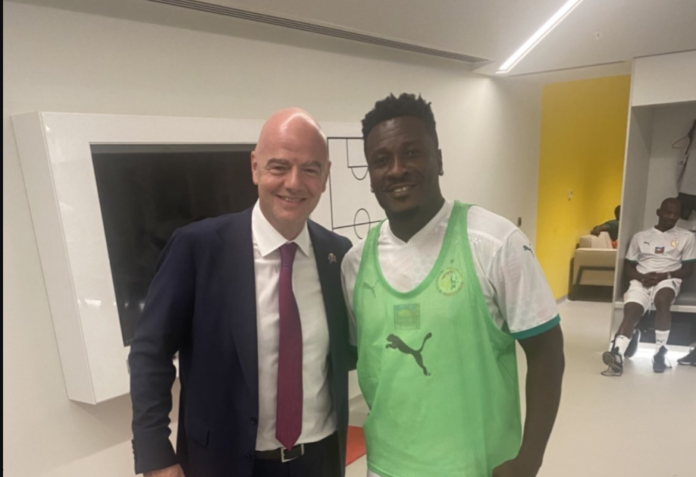 The former Sunderland star with two ex Ghanaian internationals, Anthony Baffoe and Samuel Osei Kuffuor were present at the inauguration of the stadium in Dakar.

The 36-year-old took to social media to express his appreciation to be a part of the event.

“It was a huge honour to be part of the football legends invited to the opening of the new stadium in Senegal. Thank you for the opportunity. It has been a privilege to be at this amazing building which will serve for 10’s of years for all the people to benefit and enjoy the sport,” he said on Twitter.

Other dignitaries at the event were FIFA President Gianni Infantino and CAF President Patrice Motsepe,  Adama Barrow, President of The Gambia, Umaro Sissoco Embalo, President of Guinea-Bissau and George Weah.