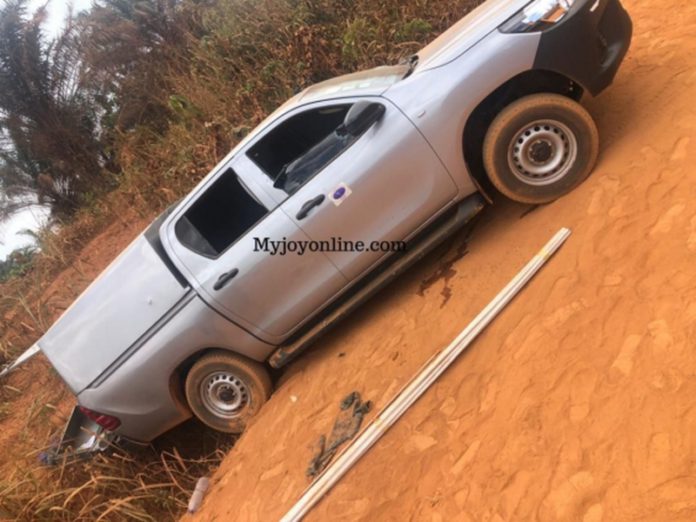 The Ghana Police Service has assured the general public of plans to arrest the perpetrators of a bullion van robbery that occurred on Tuesday.

In a statement issued on Facebook, the Police explained that the event, which occurred around Industrial Area, led to three people sustaining various degrees of injuries.

According to the police, the victims are currently responding to treatment at the Korle-Bu Teaching Hospital, following the indiscriminate shooting by the robbers.

Other officials, including a police officer, who were on board the van were free from harm, the police said.

This, according to the statement, is due to the fact that the armored bullion van was impenetrable.

Two including a woman arrested over bullion van attack at Tarkwa

In its update, the Police commended the official who salvaged the earlier situation and called on all financial institutions to use the recommended vehicles in transporting huge sums across board.

The Service on its Facebook page earlier announced that it foiled an attempted bullion van robbery at Industrial Area in Accra.

According to the police, further details on the incident will be “communicated by the Accra Regional Police Command in due course.”

“Any relevant information relating to the incident should be channeled through our Police Emergency numbers 18555 or 191,” the police said.

The attacks on bullion vans became rampant in the year 2021 with a number of injuries and deaths recorded.

As a result of this, soldiers were tasked to escort bullion vans to reduce the attacks.

Below is a breakdown of bullion attacks recorded in the first half of the year 2021:

The robberies continued in the month of October 2021 at Tarkwa in the Western Region. The content of the bullion van was robbed by two armed men amidst sporadic shooting.

According to the state-owned newspaper Daily Graphic, over ¢107,000 being carried on the bullion van, was robbed in front of a supermarket in the centre of town.

There were no casualties as the robbers reportedly took the money without any resistance.

Chelsea take control of last-16 tie with win against Lille