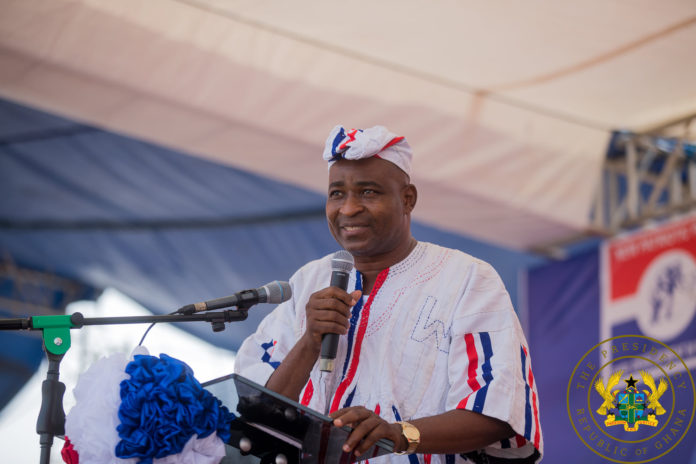 Ashanti Regional Chairman of the ruling New Patriotic Party (NPP) is defending his decision to buy nomination forms en bloc for all polling station executive aspirants in the region.

Bernard Antwi-Boasiako has shot down criticisms that the move could influence delegates and give him unfair advantage over other contestants in the regional chairmanship race.

He tells Joynews his re-election as regional chairman of the NPP’s electoral World Bank has already been decided by delegates based on his achievements for the party.

According to Chairman Wontumi, he has financially supported the organization of polling station elections across the country since 2012.

“ It has been a norm that Chairman Wontumi every four years, I buy polling station forms for the Polling Stations and I buy for the constituencies. Even some, I buy for different regions.

“So if I am a player, then what is my interest in the other regions?” he quizzed.

At least, four people, including Chairman Wontumi, have declared their intentions to campaign for the position of the Regional Chairman of NPP in the Ashanti Region.

There are concerns the action of Mr Antwi-Boasiako could go against  his opponents.

But Mr Antwi-Boasiako insists his love and support for the organisation of the party  know no bounds.

“I also have supported the National. In 2015 when we were going for the national elections, that time we were in opposition I gave them 1 Billion. Today it is GH 100, 000.

“I’m just pleading; if anybody who thinks he is going to compete with me have money to donate,  I think it is time.”

“LET YOUR KITCHEN BE YOUR PHARMACY”- REV MINISTER.

“LET YOUR KITCHEN BE YOUR PHARMACY”- REV…