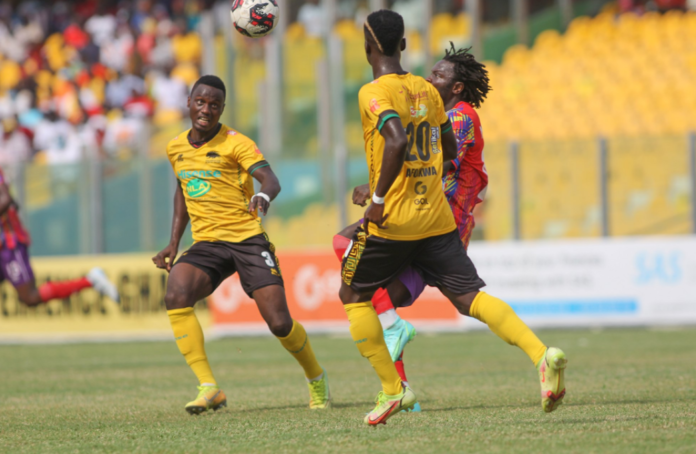 The Ghana League Clubs Association (GHALCA) has confirmed that the 2022 edition of the annual President’s Cup will be a repetition of the Super Clash, with Hearts of Oak and Asante Kotoko going head-to-head.

The game is scheduled for Friday, March 4 at the Accra Sports Stadium in what will be another battle between the two most successful clubs in Ghana football history.

The two clubs recently faced each other in an outstanding game of the 2021/22 Ghana Premier League season with both teams failing to break the deadlock.

According to the statement from GHALCA, the president, His Excellency Nana Addo Dankwa Akufo-Addo is expected to do the ceremonial kick-off.

“Hearts of Oak will battle rivals Asante Kotoko in the 2022 President Cup on Friday, March 4. The match will take place at the Accra Sports Stadium at 6:00 pm. His Excellency President @NAkufoAddo will do the ceremonial kick-off and presentation of medals,” GHALCA announced on Tuesday.

Speaking on Akoma FM, GHALCA’s chairman, Cudjoe Fianoo, explained the rationale behind choosing Kotoko and Hearts for the game.

“We play these matches to raise funds for the Association to execute our programmes and in honouring the President, you need a fixture that can pull the crowd,” he said.

“Again, getting this thing together at this very short notice was not easy. And as we are all aware, we haven’t had this for the past three years now so the argument of why Hearts and Kotoko shouldn’t come in.”

Adding to that, he continued, “Football is all about Business and at the same time to bring us together. So the two clubs will take an appearance fee of 50,000 cedis each and then the gate proceeds will be shared.

GHALCA as Organizers will take 50% and the two clubs will share will take 25% each of the remaining 50%. There will be a trophy and other medals.

Another beauty queen dies after falling off storey building