Residents of Oforikom take on MCE on poor roads and bridges 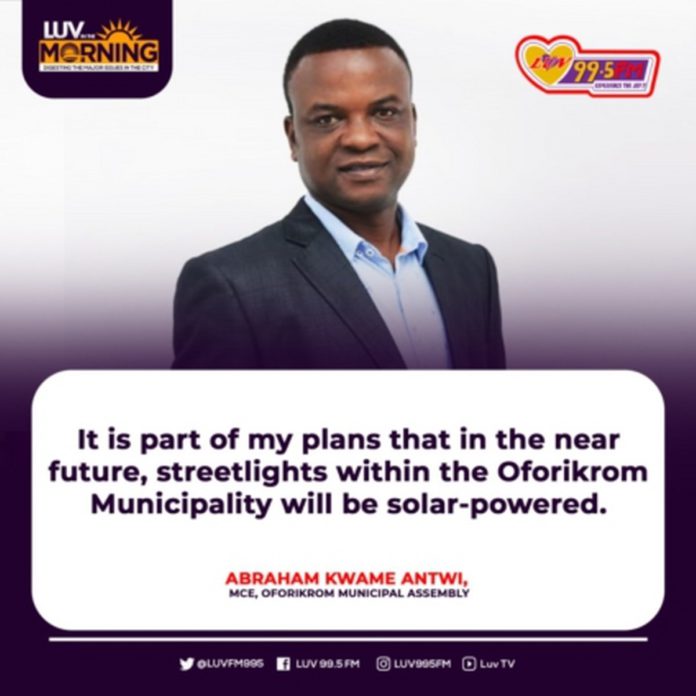 Poor roads and collapsed bridges are major concerns of residents of the Oforikrom Municipality in the Ashanti Region.

Bridges constructed over huge drains within the municipality were destroyed by floodwaters last year and the rains destroyed already bad roads in some communities.

Some residents, who phoned into Luv FM’s ‘MCE Series’ on Luv In The Morning show, complained of failed promises to fix their bad roads and footbridges.

“There have been times when footbridges have been done. But anytime it rains, they are washed away. So, when are they going to construct the bridges as we have in other areas?

“I remember the President promising to fix these things when he came here for his campaign,” said George.

The Municipal Chief Executive (MCE) for Oforikrom, Abraham Kwame Antwi, assured that the Assembly is working assiduously to engage other State institutions to address the challenges.

“We have a project in the hands of a contractor who doesn’t come on-site and it’s very uncomfortable.

“Fortunately for us, we have major investments in the road sector. Contractors are working on the road networks at Anwomaso and Emena.

“I know our engineers working on the gutters will have a look at the footbridges. I know they will not construct anything that will be destroyed in two days,” he said.

Non-functional traffic lights and poor functioning street lights along the highway are other concerns of the residents.

Motorists risk accidents at major intersections when the traffic lights are not functioning.

The MCE indicated that his outfit is lobbying for the erection of solar traffic and street lights for sustainable illumination and traffic safety.

“In the short period, there has to be light. The installation cost of solar light and acquiring all the hardware is a lot compared to these electric ones where we already have the poles.

“However, over the long term agenda of the assembly, we are considering solar as the main source of energy for the municipality.

“This involves some huge investments at the initial stages and this is what has been a hindering factor.

“So, we will put in a proposal and hope to have a positive response. But in the interim, we will only make do with these electric ones,” said Kwame Antwi.

He also said a metal mesh will be erected at the tech Junction to discourage pedestrians from indiscriminately crossing the highways, but resort to using the overpass.

“The broken mesh poses a lot of risk for road users. I have asked the urban road engineers to submit a report on it so we begin processes for it,” said the Oforikrom MCE.