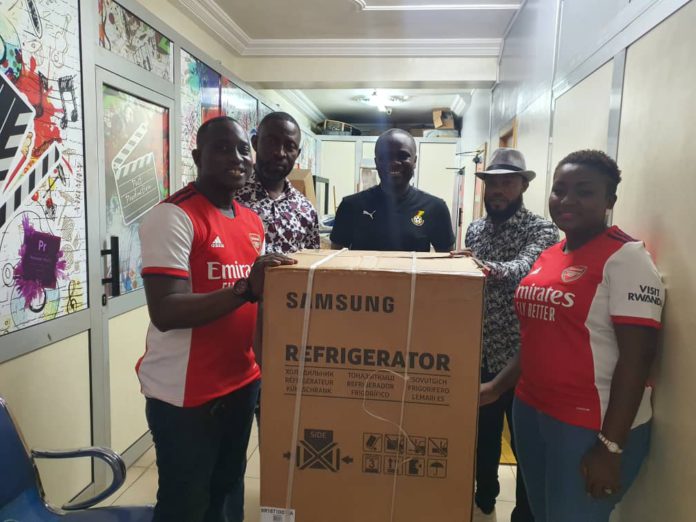 Asempa FM’s ‘Rep Your Jersey Couples Edition’, came to fruition after Hearts of Oak goalkeeper Richard Attah and his wife shared an adorable photo of the two rocking the Phobia jersey.

The picture won the hearts of many and went viral when the continental club masters won the MTN FA Cup last season.

The Asempa Sports team took up the initiative and asked our amazing followers to also send in pictures of themselves and their partners repping their favourite club’s jersey.

An observation that was made as the pictures trickled in was that aside from the couples striking unique poses their jerseys were mostly customised to beautify their romance.

We received close to 50 pictures, which were screened and reduced to 20.

The pictures were displayed on the live stream of the Ultimate Sports Show daily for our followers to vote until we got our winners, the Sarpong family a.k.a Arsenal family and the Baafi family.