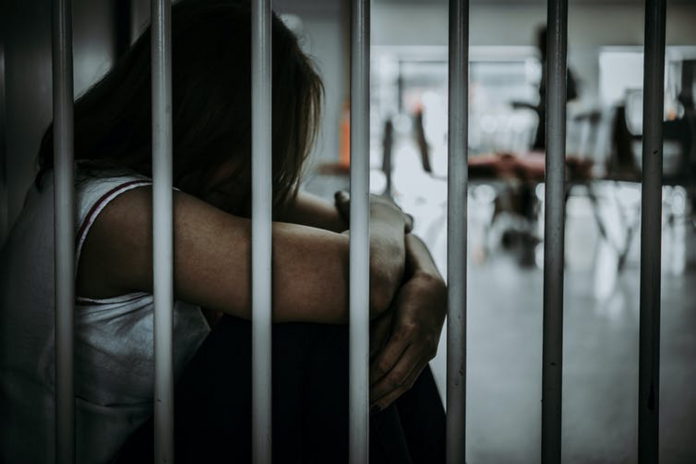 A furious woman is suing the police after being forced to spend two weeks in custody just for having the same name as the suspect they were hunting.

Bethany K. Farber, 30, was stopped as she tried to join her family in Mexico last April.

She told officers she was not the person they were looking for and had never been to Texas, US, where the alleged crime they were investigating took place.

The LAPD proceeded to arrest her in front of airport staff without confirming her identity or checking her driver’s licence, legal documents state.

Despite her pleas, she was handcuffed to a chair at Los Angeles International Airport before being forced to spend 13 days behind bars.

She described conditions as “dangerous and terrifying” – and also says she felt “defeated” before her family finally proved she was at her aunt’s house on the day in question after finding a photo.

She told FOX: “I told them you have the wrong person – please check. They ignored me and then handcuffed me to a chair in the airport.”

The woman, from California, US, was held without bail for almost a fortnight.

Now she says she is seeking compensation and doesn’t want any other “law-abiding” citizens to go through what she did.

“You know this is why we have our constitutional amendments in place to protect us,” she said in a statement. “We shouldn’t be fearing law enforcement.

“It could happen to anyone.”

The filing reads: “Plaintiff is a young woman with long, blonde hair, while the other woman is older with short brown hair.

Her lawyer Rodney Biggs feels the fact that the woman was trying to board a plane saw her treated as a flight risk.

“The fact no one checked her middle name, her birth date,” Biggs said.

“No information representing her person – they didn’t even check basic information that Bethany was not the other Bethany Farber.”

The LAPD say they do not comment on pending litigation, a department spokesman told the Los Angeles Times.

NPP supporters ‘expose’ attempts to impose Fomena MP on them