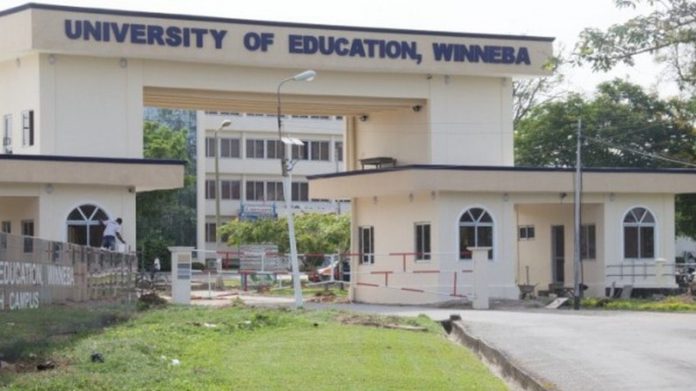 The group of three, in a rejoinder, stated that their decision is a result of the UEW branch of UTAG holding a vote to reject the decision taken by NEC the same day the Committee (NEC) of UTAG, at a press conference, announced the suspension of the industrial action embarked on by the Association since the beginning of the current academic year.

According to them, “whereas we acknowledge the right of members who voted to reject the decision of NEC, we are surprised by the haste in which the meeting was convened and the vote taken.”

They added that “we are equally surprised in the manner in which the decision to reject NEC’s decision to suspend the strike was communicated.”

“This conveyed a message of rebelliousness and disrespect for the NEC of UTAG,” they said.

The group said the decision taken by UEW of UTAG reminds “us of the year 2017 when some elements in UEW UTAG (with their leaders currently occupying executive positions at the branch level of the association) openly and brazenly constituted themselves into “Concerned UTAG Members” to reject and go against a decision of NEC at the time.”

“This makes us wonder whether there is no ulterior motive behind the haste and manner, in which the decision to reject NEC’s directive was taken and communicated. Especially so, when information available to us indicates that NEC of UTAG has been officially invited by Government to meet it for negotiations to commence, as early as tomorrow.”

The group urged its members “to show solidarity and respect for the NEC of UTAG, to keep the association united at all times.”

“In doing this, we must also consider the pleas of parents, students and other stakeholders, while remaining resolute in our demands for the restoration of our conditions of service,” the group added.