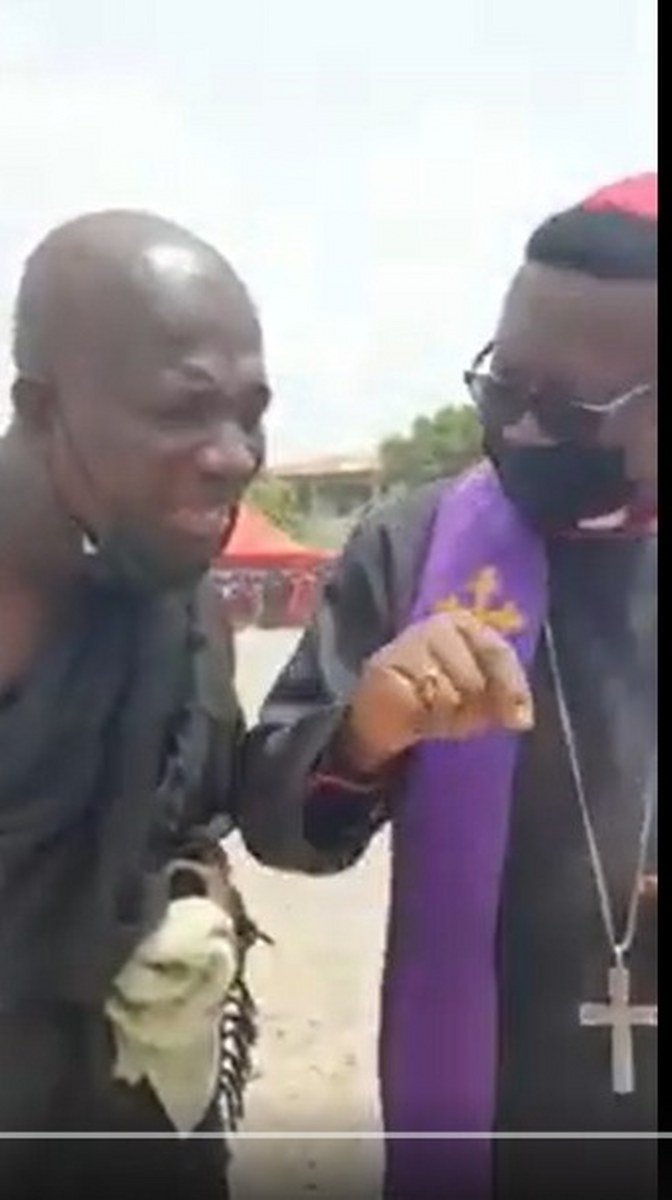 Appiah Stadium accused the man of God of being a hypocrite over his posture on happenings in the country.

According to him, he could not fathom why a body that used to be vocal under the erstwhile Mahama administration has gone silent under the Akufo-Addo-led government.

At a gathering which appeared to be a funeral, Appiah Stadium, after exchanging pleasantries with Rev Asante, questioned if he was no longer a Ghanaian to comment on national issues.

But the man of God in the video was heard saying, “I wasn’t speaking in my capacity as a Ghanaian then. I’m not [Rev Dr] Asante-Antwi.”

The NDC supporter, who was livid during the conversation, further questioned the cleric, “Are you sure you are not a hypocrite?”.

In a rebuttal, he said, “I’m not a hypocrite, you [Appiah Stadium] is the hypocrite. So far as you do your bidding, I will not do your kind of politics.”

In their parting messages at the funeral grounds, Appiah Stadium told Rev Prof Asante that God would, one day, question him on his silence, to which the cleric retorted: “God will judge you more than me.”

Watch the video above for more:

UG announces commencement of lectures on Feb. 28 in anticipation of end to UTAG strike