Driver dead, another in critical condition in tricycle accident 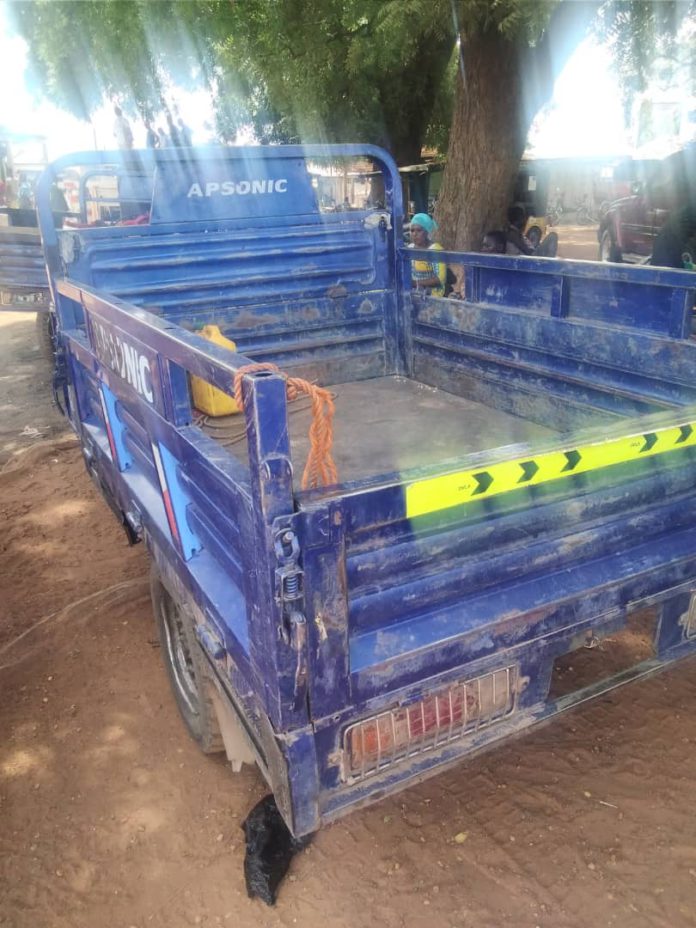 A tricycle rider has been confirmed dead and another seriously injured after his car failed brake on the Sawla road.

The tricycle, which was plying a lone road from Jelinkong heading towards Sawla, was fully loaded with wood.

It is said that the tricycle somersaulted and landed on the driver, killing him instantly.

However, another passenger was critically injured after the logs fell on his legs and he is being treated at the Salwa District Hospital..

Eyewitnesses told Adom News’ Rebecca Natomah that they believed the victims were trapped for minutes before being discovered.

An onlooker explained the drivers prefer the bush area to probably escape from the Forestry Commission.

Authorities said an inspection will be held to ascertain if the deceased driver was involved in illegal logging or not.

Meanwhile, the driver’s body has been deposited at the Sawla District Hospital.