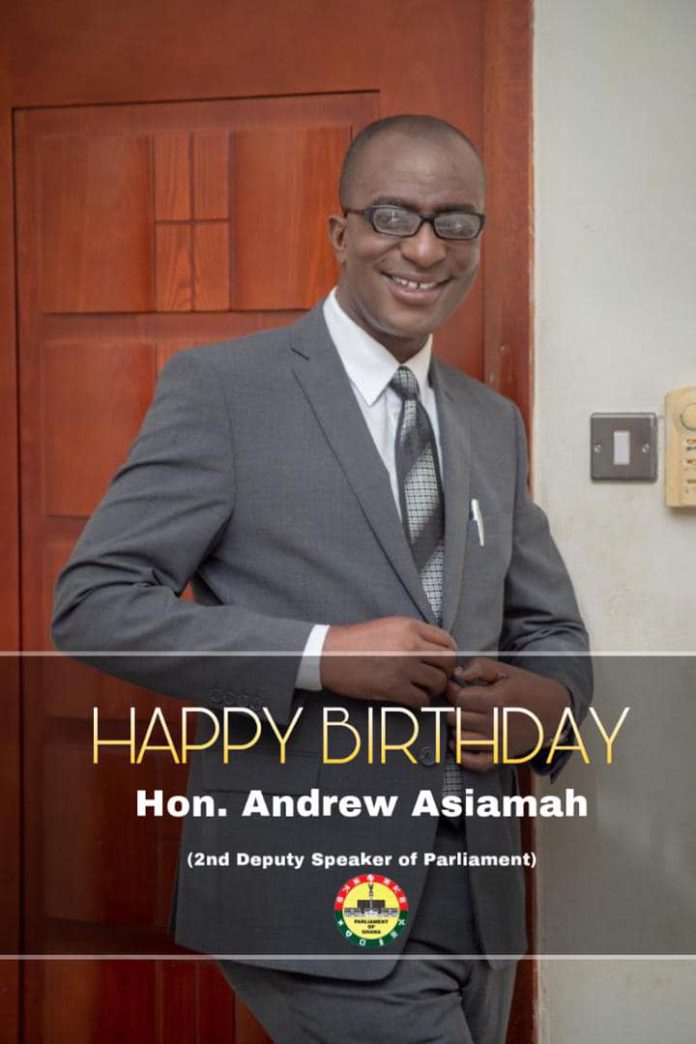 Andrew Amoako Asiamah, independent Member of Parliament (MP) for Fomena and Second Deputy Speaker of Parliament, was a year older on Thursday, February 24, 2022.

But the day did not end without his colleague parliamentarians taking time to eulogise him during proceedings.

His birthday was announced on the floor of Parliament by Ayawaso West Wuogon MP, Lydia Seyram Alhassan, who doubles as the Deputy Majority Whip.

On behalf of the August House, she extended goodwill messages which were seconded by Deputy Minority Whip, Ahmed Ibrahim.

Mr Ibrahim, who is the Banda MP, quoting inspiration from a popular African proverb eulogised: “The stone that the builder rejected has become the chief cornerstone.”

“If we have not been able to take such decisions, we wouldn’t have discovered you as the best Second Deputy Speaker we have,” Mr Iddrisu lauded.

On his part, Mr Asiamah expressed appreciation to his colleagues for making his 56th birthday memorable.