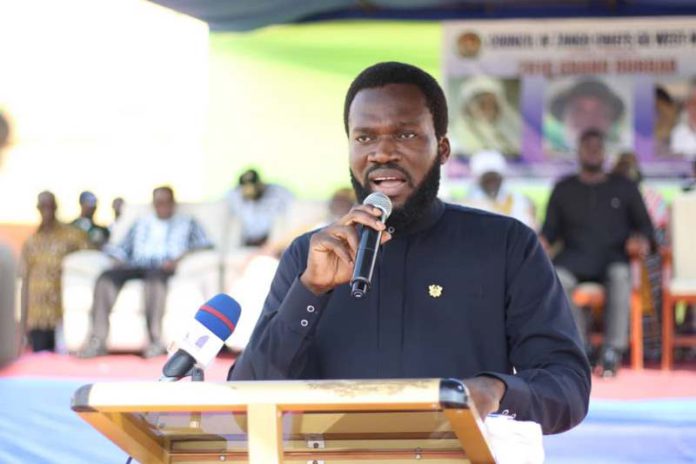 Peace Ambassador and Leadership expert, Dr Donald Agumenu, has called on the Government of Ghana to come out with an evacuation strategy in Ukraine before it gets late.

Speaking few hours after Russian President Vladimir Putin declared military action on Ukraine, Dr Agumenu observed that the lives of a community of Ghanaian students, nurses, doctors and artisans in Ukraine are at stake and must be saved with resolute action.

“We have our people there. Government must move without delay with a full scale evacuation plan. A lot more Ghanaian students are there. A few of them started sending desperate messages back home. We must rescue them,” Dr Agumenu stated, saying it is likely citizens will be caught in the line of the conflict as West and its allies are likely to take appropriate military response.

For the past three months, United States and its European allies have been vocal that any military action by Russia in Ukraine will be met with resolute force.

And true to earlier statements, Russia announced it has commenced military action in Ukraine.

Speaking on national television, President Putin said, “I have taken the decision to carry out a special military operation. Its goal will be to defend people who for eight years are suffering persecution and genocide by the Kyiv regime. For this we will aim for demilitarization and denazification of Ukraine.”

Dr. Agumenu said an open conflict would have dire consequences for the world’s economy and peacebuilding efforts, and as such global leaders ought to take action.

“As Putin exalts attack on Ukraine over traditional Diplomacy at the height of diplomatic sanctions from global powers,  leaders at this material moment must be thinking beyond the normal diplomatic strategy to prevent further escalation.

“Continuous provocations may trigger a horrendous climate for global peace and  security.  The complexities within that axis, the interest of Russia against that of US and NATO is something we must carefully watch in the interest of humanity.”

According to Dr. Agumenu, global leaders must at this crucial moment take “critical efforts to de-escalate the situation, adding that “any attempt from these major military powers to show extra force may undermine a peaceful resolution of the conflict.”

Dr. Agumenu said global leaders must entrench the interest of humanity over that of superpower struggle and military strength to prevent further stress caused by global  economic hardships and public health complexities.

His majesty is a symbol of peace and development

World Vision supports pupils at Appiate with items worth Ghc 76,000