If something is not done within next three months, govt may not be able to pay salaries – Bagbin warns 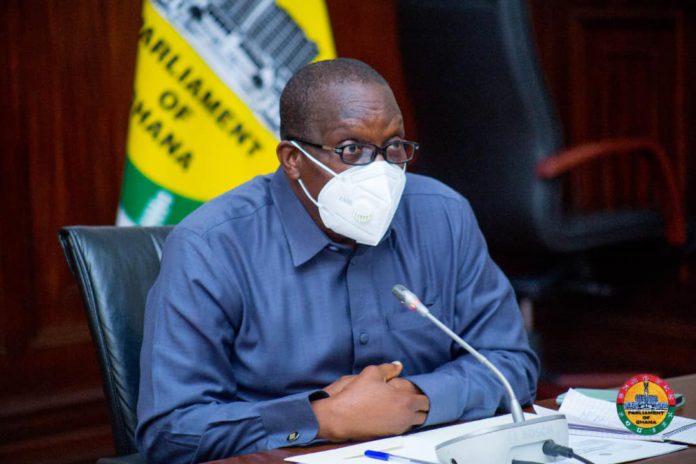 The Speaker of Parliament has projected that public sector workers may have to brace themselves for no salary if things remain the same.

According to Alban Bagbin, the government may struggle to honour some financial obligations including remuneration of employees in the next three months if critical steps are not taken.

“This is not to discourage the committee from doing their work. If something is not done within the next three months, the government may not be able to even pay salaries,” he said.

He made this disclosure to Members of Parliament (MP) on Thursday, February 24, 2022.

This comes amid ongoing consultation by the government to get the controversial Electronic Transfer Levy (E-Levy) bill passed, growing agitation within industrial unions over working conditions, and calls for improved standards of living.

Specifically, on the E-Levy, Majority MPs have cited numerous intervention programmes that may fail to be realised if the estimated ¢7 billion in revenue is not mobilised.

Speaking on the Floor, Mr Bagbin urged the MPs to exhibit leadership towards forestalling any difficulty including remuneration.

“So we have to take leadership. We have to do a lot of things,” he encouraged.