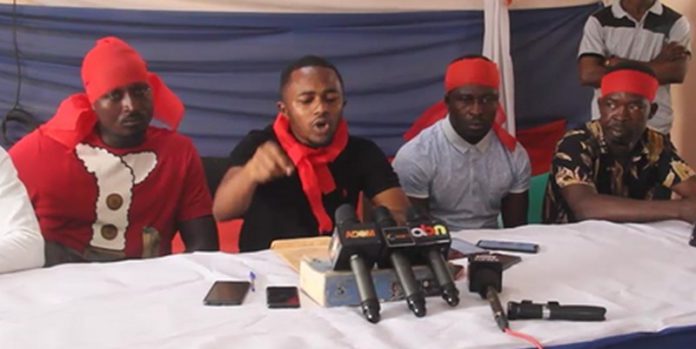 Some New Patriotic Party (NPP) members in the Fomena Constituency in the Ashanti Region are aggrieved over the suspension of internal party elections.

They have issued a one-week ultimatum to the party’s National Executives to respond to allegations of creating room for Andrews Amoako Asiamah to contest as an unopposed parliamentary candidate in the 2024 elections.

The leader of the aggrieved members, Michael Ankapong, who is also the Dompoase Polling Station Youth Organizer, says they will embark on a peaceful demonstration to demand transparency and accountability if leadership fails to respond to their concerns.

The concerned members of the NPP say attempts by the party hierarchy to impose Andrews Amoako Asiamah on them is illegal because he has forfeited his NPP membership after he stood as an independent candidate in the 2020 parliamentary election.

“You will recall that Honorouble Asiamah was the NPP MP for Fomena from 7th January 2017 until his seat was declared vacant on or around 7th November 2020 due to his declaration and filing of nomination forms to contest the 2020 Parliamentary elections as an independent candidate, at a time when the party had duly elected a parliamentary candidate,” said a statement by the group.

The group says the suspension of the internal party elections in the Fomena constituency is unacceptable.

“It is clear for any keen follower of NPP politics to see that the suspension of the internal party elections in Fomena Constituency is to prepare the grounds for the imposition of Honourable Asiamah on the party in the 2024 parliamentary elections,” they said.

Mr Ankapong quotes article 3(9)(2) of the party’s Constitution to support their concerns.

“Upon forfeiture of membership, which Honourable Asiamah and his close associates did in November 2020, such persons may reapply for membership of the party and maybe re-admitted on conditions stipulated in the Constitution,” he said.

The aggrieved group wants the party’s Constitution, which is its supreme law, to be adhered to by all party members.

The group said they will resist any attempt to impose Mr Asiamah on the party, either covertly or overtly.

“There will be no power-sharing agreement regarding executive positions and allocation of delegates in the constituency as is being suggested, between NPP members who remained loyal to the party throughout the 2020 elections and still are, and Honourable Asiamah and his close associates, who abandoned the party and pursued their parochial interests in the 2020 election,” their statement read.

Ghanaian students in Ukraine being evacuated to Poland