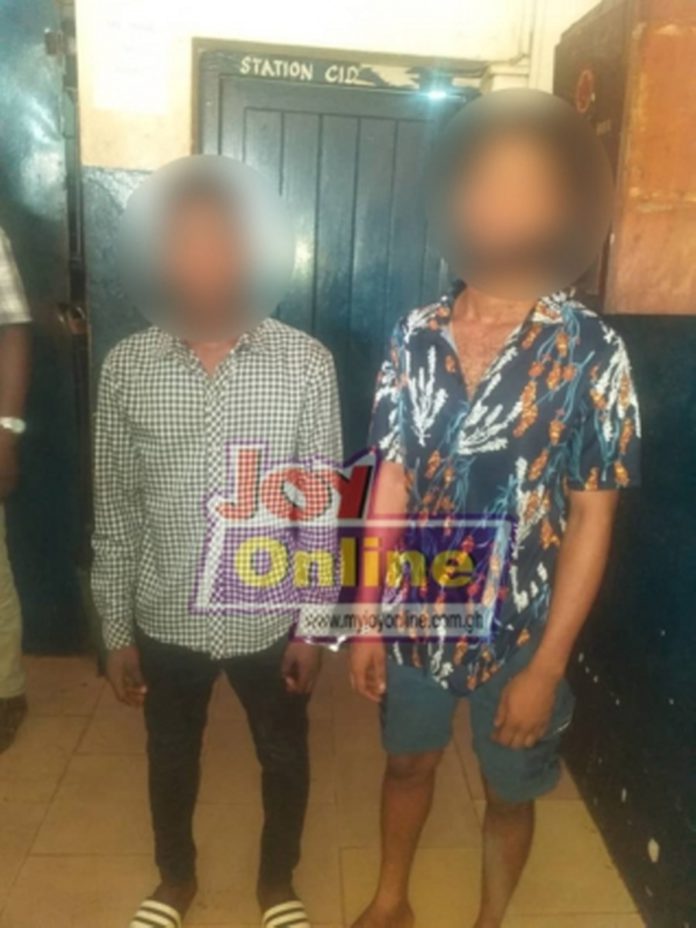 Two teenage sisters have plotted a fake abduction to demand ransom from their family at Morso in the Asante Akyem South District in the Ashanti region.

The girls – 16 and 17 years – connived with two teenage boys, including a Nigerian, to demand ¢20,000 from their family as ransom for their release.

The Police have arrested the boys at Konongo-Odumasi.

The girls’ father is astonished his daughters could collude with the alleged kidnappers to demand a ransom of ¢20,000 from the family.

According to Joseph Wiredu Boakye, his second daughter went missing for three days.

The 52-year-old man said he was restless when he was informed by one of the girls that her sister had not returned home after leaving for Konongo on Monday to retrieve the password for her mobile money account.

This was the beginning of their ploy.

“My eldest daughter came to me on Wednesday to report that her sister is missing. I then informed my sister of the situation, who told me to report the case.

“While I was preparing to leave to report the case, I heard my other daughter speaking on the phone with some people, but she tried to hide it. But I forcefully enquired, and they told me they were friends of my daughter.

“They told me they were going to join me to report the case at Juaso police station,” said the father.

It later emerged the boys he spoke with on the phone were those leading the plot.

The daughter had moved in to lodge with the two suspected teenage boys at a hostel at Agogo.

The boys called many girl relatives to demand different amounts of ransom.

“They called my sister around 11 pm on the day of the kidnap to demand ¢15,000 from her. They later called my other sister to demand another ¢5,000,” said Mr Wiredu Boakye.

The father reported the incident to the Police at Konongo, whose investigations led to the boys’ arrest.

“So the officers followed them to a hostel and discovered my daughter there and brought all three back to the police station,” the father said.

The two sisters were questioned and released, while the boys remain in police custody.

US Army donates boxes of anti-snake vaccines, other drugs to Savannah..