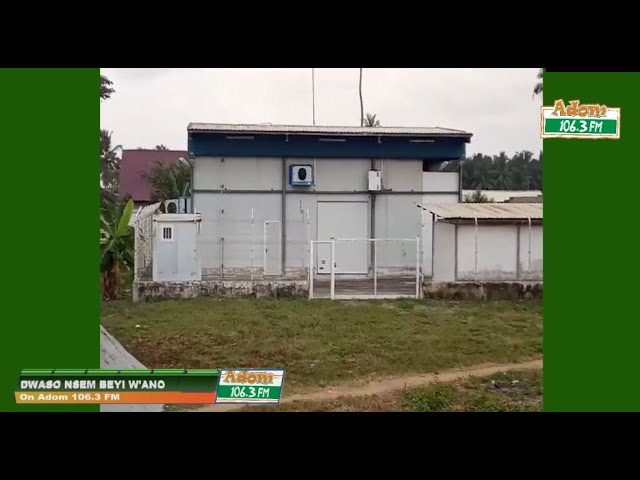 Managers of euros cold storage facility built by the government at Kormantse in the Central Region to produce ice cubes in large quantities for fishermen in the area to preserve their fish and prevent post-harvest losses will start operations soon.

This follows an extensive report on Beyi W’ano, a segment on Adom FM’s morning show, Dwaso Nsem about how the facility has been left to rot.

Days after the publication, managers of the facility are said to have started renovations for the cold store to operate.

The Kormantse cold store is part of the Spanish FAD-sponsored refrigeration facility built in six different fishing communities at a total cost of $7 million.

This was an initiative of the erstwhile Kufuor administration which was continued under late President John Evans Atta Mills’ government and completed under the Mahama administration.

But the facility closed due to alleged huge debt owed to the Electricity Company of Ghana.

This led to agitation by the people, especially the youth who were hoping to be employed.

However, the chief of Kormantse, Nana Kwabena Duku, said the managers have assured him the cold store will start operations soon.

According to him, he has inspected the cold store and rehabilitation works have begun to replace the old machines.

“I notice some people have cut electricity wires at the cold store so they have to replace them and also install new machines,” he stated.

The Kormantse chief said he can heave a sigh of relief following the assurance of the managers of the cold store.

“I was under pressure from the fishermen who were losing capital due to post harvest loses but I’m confident the cold store will start working soon,” he added.

He called on the people of Kormantse to exercise restraint as he works with managers to start work.