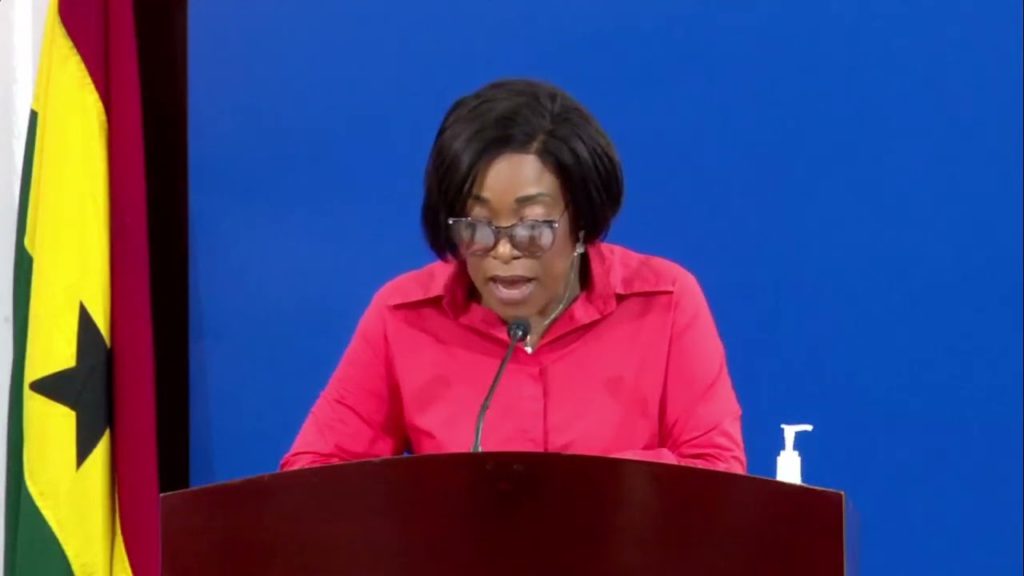 The Foreign Affairs Minister, Shirley Ayorkor Botchwey, has revealed that over 220 Ghanaians in Ukraine have safely exited the country as of midday on Sunday, February 27.

She said this was achieved through a number of collaborative efforts the government made with its diplomatic partners, missions and consulates.

Addressing the nation on Sunday, the Minister announced that government has instituted the necessary measures to facilitate the transportation, accommodation, feeding, medical support and flights for the evacuated citizens.

“We hope for better days as the Ministry further engages our diplomatic Missions and Honorary Consulates to extend consular assistance to our compatriots. We are earnestly facilitating the safe return of a lot more.”

“These numbers are bound to increase in a few days as we observe a team spirit being displayed by our people, our citizens and our students. They are reaching out to one other, setting up groups, WhatsApp chats, sharing important phone numbers of Consular officers and other personalities who could be of assistance,” she said.

She also mentioned that over 460 students are already in transit to neighbouring countries such as Poland, Hungary, Romania, Slovakia and the Czech Republic.

“The students will be received by officials of our diplomatic missions, Honorary Consuls and officials of the student unions or associations.”

According to the Minister, 24 persons have arrived in Bucharest, Romania. The officer on the ground is procuring tickets for them to leave tomorrow en route to Accra.

She said 48 are being processed at the holding area and another 60 going through border formalities to get to Romania.

She said “38 having crossed into Poland are with our officials. We are currently also making arrangements for those who are willing to be assisted to get on flights. 25 persons en route to Prague from Slovakia were assisted by the Honorary Consul and will be received on entry by the Mission in Prague.”