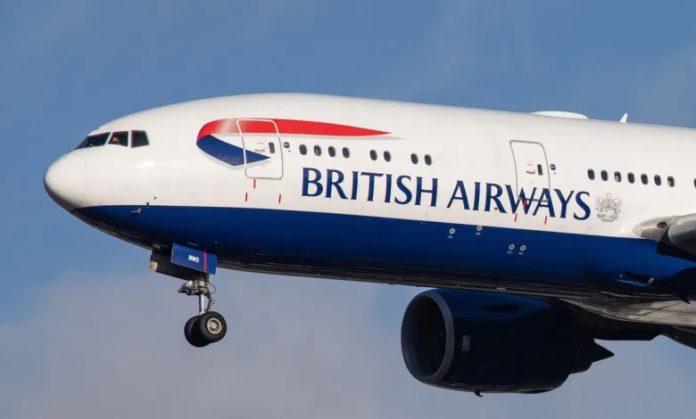 British airlines have been banned from landing at Russia’s airports and from crossing its airspace, the Russian civil aviation regulator has said.

Russia said the move was a response to “the unfriendly decisions by the UK aviation authorities”.

On Thursday, the UK banned Russia’s national airline Aeroflot from landing in Britain.

The measure was part of sanctions introduced following Moscow’s invasion of Ukraine.

UK Defence Secretary Ben Wallace told ITV: “I think that’s their retaliation for us yesterday banning Aeroflot from using and landing in the United Kingdom. That’s their tit for tat response.”

Russia’s civil aviation authority Rosaviatsia said the measure was taken “as a response to unfriendly decisions by the UK aviation authorities regarding the restriction on regular flights of aircraft owned, leased or operated by a person associated with Russia or registered in Russia”.

British Airways said in a statement it was notifying customers on cancelled services and would offer full refunds.

“We apologise for the inconvenience but this is clearly a matter beyond our control,” the airline said.

Following Russia’s announcement, Virgin Atlantic also said flight paths had been adjusted for some of its services between the UK, Pakistan and India. Flight times on these routes will be extended by between 15 minutes and an hour.

Virgin Atlantic apologised for the delays, adding: “The safety and security of our customers and people always comes first and we’re monitoring the situation in Ukraine and Russia extremely carefully following the escalation of conflict.”

Virgin Atlantic’s cargo-only flights between London Heathrow and Shanghai, which normally operate four times a week, have also been suspended.