First batch of students in Ukraine arrive in Ghana [Video] 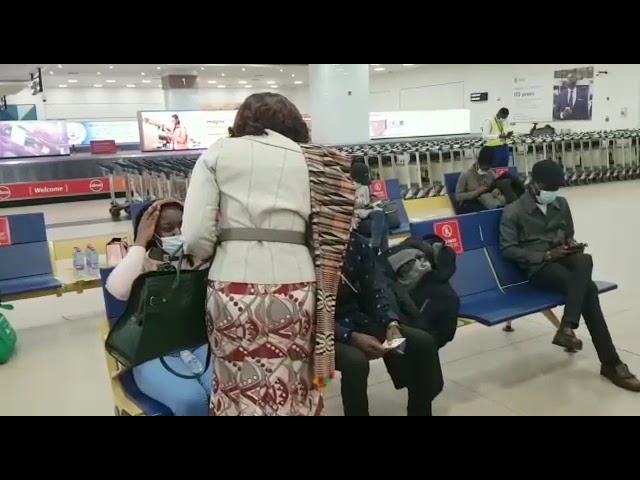 About 16 Ukraine-based Ghanaian students have safely arrived in the country as part of government’s efforts to evacuate citizens amid Russia’s invasion.

The government has been facilitating processes for evacuation through neighbouring border countries by land since the Ukrainian airspace has been shut.

The group, which is the first batch, was welcomed at Terminal 3 of the Kotoka International Airport (KIA) by Foreign Affairs Minister, Shirley Ayorkor Botchwey, Deputy Information Minister, Fatima Abubakr among other officials.

Following their arrival, a meeting will be held later today at the Accra International Conference Centre with relatives of affected Ghanaians in Ukraine to address them on efforts to get them back to Ghana safely.

Recent tensions have stemmed from Russia’s opposition to Ukraine’s moves towards European institutions like Nato and the EU.

The tensions have entered into day six amid reports of explosions near major Ukrainian cities, including its capital, Kyiv.