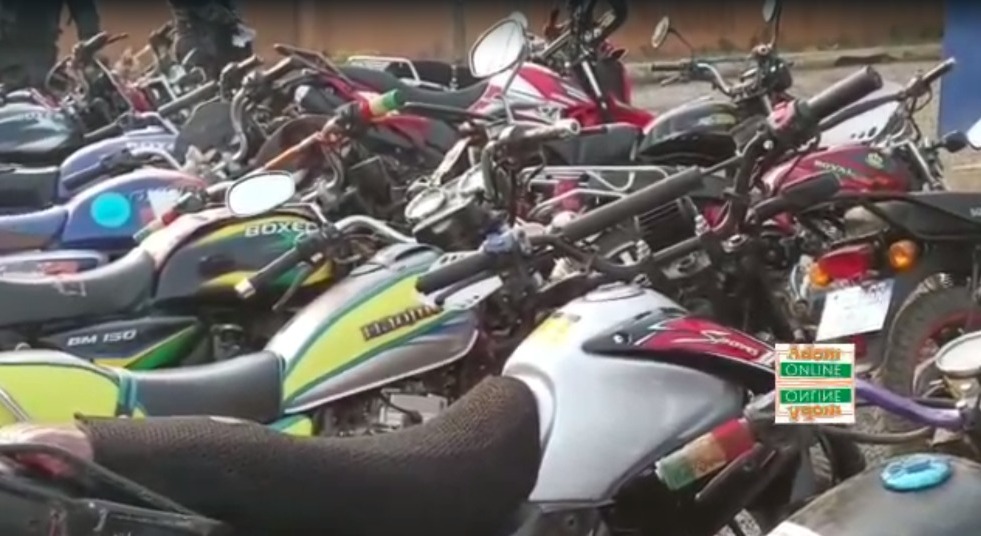 The Central East Regional Police Command has impounded over 60 motorbikes in a swoop at Gomoa Buduburam in the Central Region.

The exercise is aimed at reducing vices such as motorbike theft, a menace the command says has increased since October 2021.

According to the Command, various circulars have been received from other stations with complaints indicating these bikes are stolen from unsuspecting victims in Kasoa and Buduburam.

He revealed that they chose Buduburam because the area had been a hub for criminals.

He explained some of the motorbikes have fake registration numbers, many of which turned out to be that of vehicles with no proper documentation.

Chief Supt Hlormenu called on Ghanaians to be vigilant when buying property by diligently checking documents due to unscrupulous people in the country.

Meanwhile, he has vowed the exercise will continue to clamp down on the menace.

E-levy: Checkout how much govt allegedly spent to get Adwoa Safo’s vote