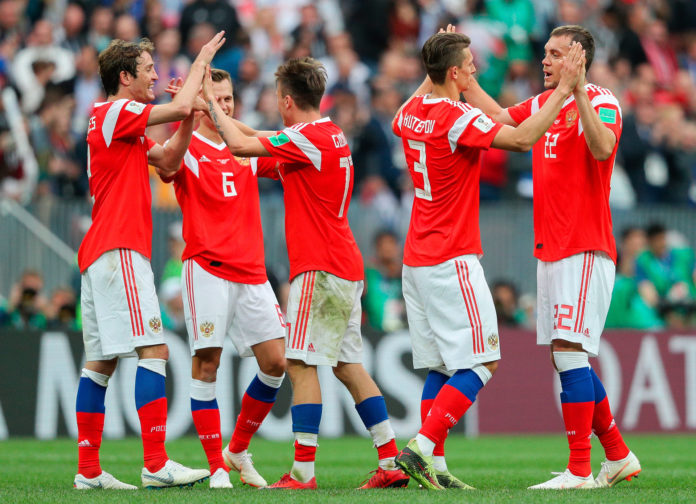 The Russian Football Union (RFU) has reacted to the sanctions imposed on Russian teams by FIFA and UEFA, saying it ‘categorically disagrees’ and could yet challenge the decision.

The two governing bodies have suspended Russian teams from club and international competitions indefinitely, denying them entry into the 2022 World Cup and Women’s Euro 2022.

A subsequent statement from the RFU said it will challenge the decision of FIFA and UEFA to exclude Russian teams from international competitions as it could investigate avenues for an appeal “in accordance with international sports law”.

Full statement from the RFU:

“The Football Union of Russia (FUR) is categorically opposed to the decision by FIFA and UEFA to suspend all Russian teams from international competition until further notice.

“We believe this decision is as much a contravention of all standards and principles governing international competition as it is against the ethos of sportsmanship and fair play.

“It is explicitly discriminatory, and impacts an enormous number of athletes, trainers and coaches, club and national team officials and, more importantly, millions of Russian and international fans, whose interests, surely, should be the priority for all international sports organisations.

“Such actions divide the world sports community, which has always adhered to the principles of equality, mutual respect and independence from politics.

“We reserve the right to challenge the decision of FIFA and UEFA in accordance with international sports law.”