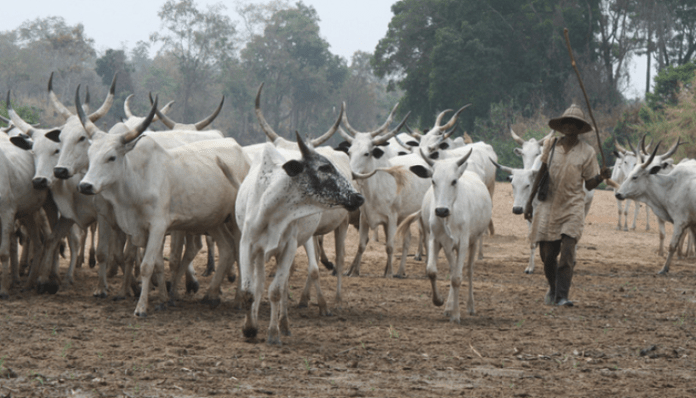 A 17-year-old Fulani herdsman, Sani Mohammed, has been gunned down at Sibriso, a village near Kwamekrom in the Biakoye District of the Oti Region.

The father of the deceased, Alhaji Maude, was scandalised following the series of events in the district.

According to him, he had a clear agreement with the land owners to lead their animals to graze on the land.

He noted that the land in which his son was murdered was given to them for the purpose of grazing, hence they were not destroying anything.

“The place is not a farm to suggest that the animals had destroyed farm products to provoke this dastardly act,” he told Adom News.

The parent of the deceased wants justice for his son and has urged the Police to help apprehend the perpetrators.

Assemblyman for Kwamekrom Zongo, Umaru Sanda Ibrahim, has advised the Fulanis to remain clam and leave everything to the Police.

He appealed to the herdsmen against any reprisal attack as this could affect the peace and stability in the district.

The headman of the Fulani’s and Zamrama’s has also pleaded for peace as they are really shocked at the current turn of events in the area since over the years there had been a cordial relationship with the land owners and farmers.

The Biakoye District Chief Executive (DCE), Millicent Kaboki Carboo, later visited the family to commiserate with them and reassured them of the government’s support.

The DCE said efforts were being made by the Assembly to ensure harmony between farmers, cattle owners and land owners.

The Worawora Divisional Commander, Superintendent Simon Amenu, who is in charge of the investigation, has, however, appealed to the people to volunteer information to the Police to unravel the culprits behind the incident.