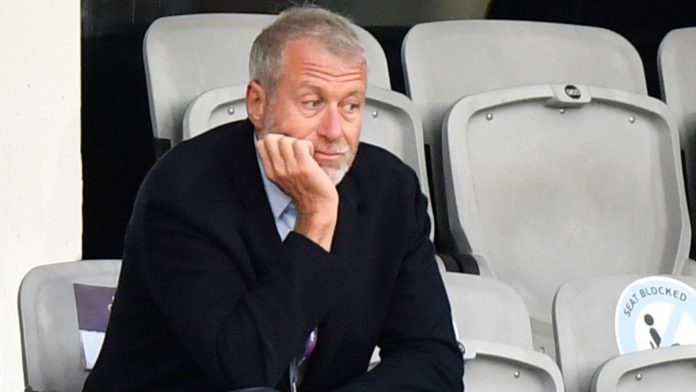 Chelsea owner, Roman Abramovich is facing to sell the club and his other UK properties to avoid potential sanctions after Russia’s invasion of Ukraine.

The Russian billionaire wants wants a minimum of £3billion to sell Chelsea as he invites bids for the club.

Swiss billionaire, Hansjorg Wyss meanwhile has confirmed to one potential buyer and has been offered the chance to join a £2bn consortium with ‘six or seven’ other investors to buy Chelsea.

The 86-year-old, worth a reported £4.3bn, has admitted interest in purchasing the Stamford Bridge club from Roman Abramovich, but only in a consortium.

Russian-Israeli billionaire Abramovich has publicly expressed his desire to retain ownership of Chelsea, but that could prove close to impossible should the UK Government impose sanctions on the 55-year-old.

Wyss has admitted he will look into the details of any possible deal to buy Chelsea, with the asking price thought to push beyond £2billion.

‘Abramovich is trying to sell all his villas in England, he also wants to get rid of Chelsea quickly,’ Wyss told Swiss newspaper Blick.

‘I and three other people received an offer on Tuesday to buy Chelsea from Abramovich.

‘I have to wait four to five days now. Abramovich is currently asking far too much. You know, Chelsea owe him £2 billion. But Chelsea has no money. As of today, we don’t know the exact selling price.’

Abramovich attempted to step back from the daily running of Chelsea on Saturday, in the wake of Russia’s invasion of Ukraine.

‘Is this the time for this intellectual exercise?’ – Supreme Court Judge to Barker-Vormawor’s lawyers