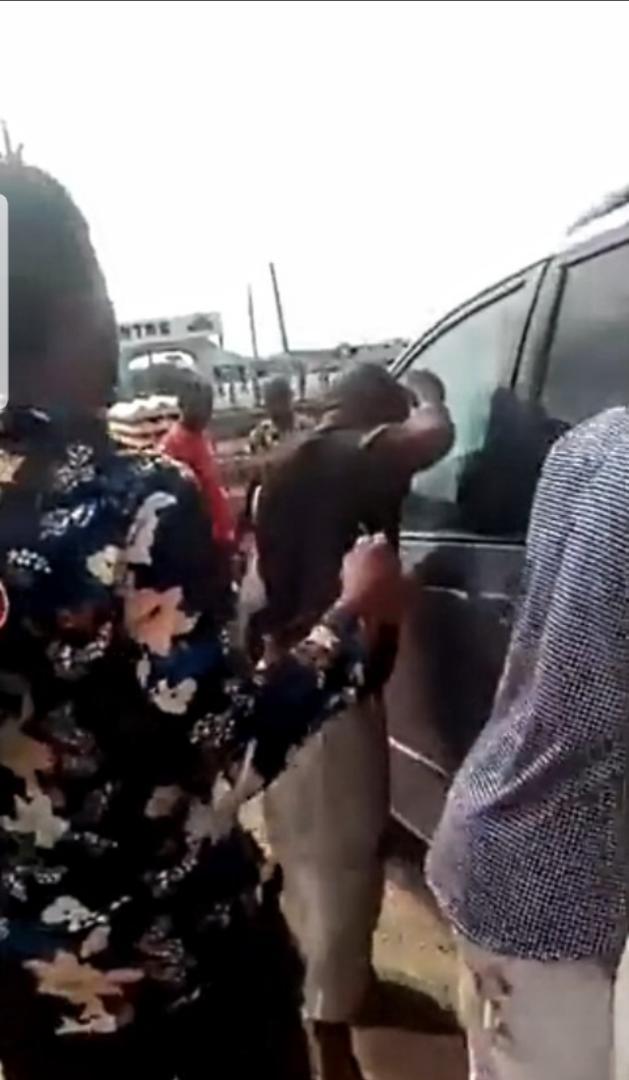 A man and woman whose identities remain unknown have been discovered dead after a sexual tryst on Lagos-Ibadan Expressway.

The duo whose bodies were found in a parked Toyota Sienna were reported to have driven to the secluded area to engage in sex.

Residents became suspicious after the vehicle did not leave the spot for two days and upon close inspection, discovered the couple dead.

According to eyewitnesses, the Toyota Sienna vehicle where the bodies were found had a logo of a popular church.

BAsed on the compromising position they were found in, residents have concluded something must have gone mysteriously wrong while they were engaged in the romp.