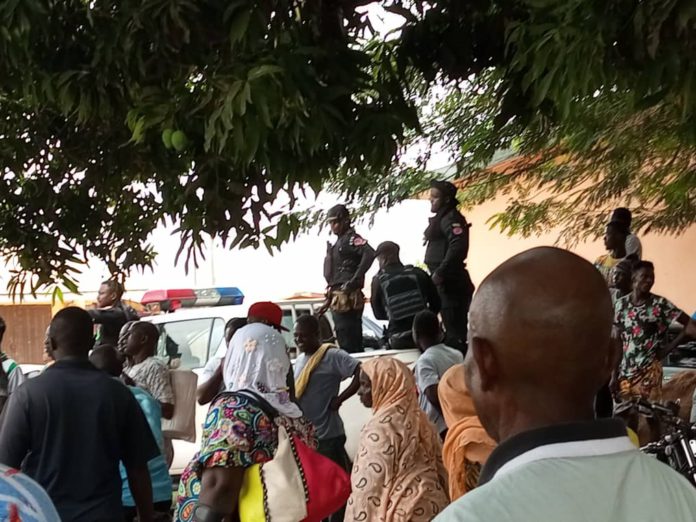 A reinforcement team from the Counter-Terrorism Unit (CTU) of the Ghana Police Service has been deployed from the Eastern Regional Police Headquarters to the Abuakwa North Constituency.

There was confusion at the Akyem Tafo government hospital polling station Wednesday after some members of the party accused the constituency’s first vice chairman, Alhaji Seidu popularly known as Alhaji OPASS of stuffing some ballot papers.

According to them, Alhaji Seidu stuffed the ballot and sat on same behind the Polling booths in an attempt to put it into the ballot boxes.

The angry party members reportedly rushed to attack him but Alhaji Seidu was whisked away into a vehicle and drove off.

The intervention of the reinforcement team helped to restore calm.

However, Alhaji Seidu has vehemently denied the allegations amidst tears.

He swore by Allah and the Quran calling for punishment against his accusers.

The reinforcement team is still present on grounds providing security for the polling station elections being held in the Akyem New Tafo Zongo electoral area where tension is high.

The polling station election of the NPP has been marred by pockets of confusion and violence in the Eastern Region.

CONFIRMED: Chelsea is for sale