Shock as rapper attempts to commit suicide on Facebook live 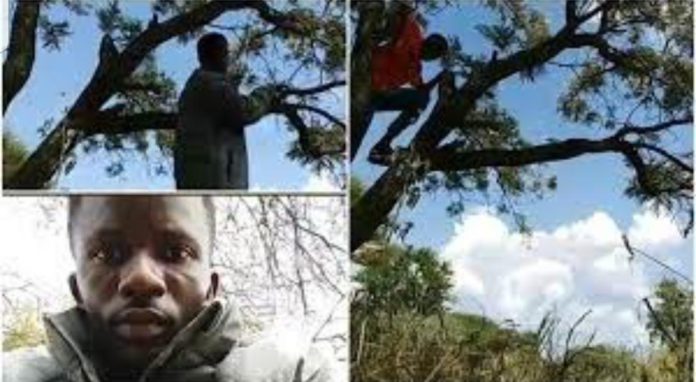 Botswana rapper/comedian, Penene Ponono, sent social media into a frenzy after he allegedly attempted to commit suicide during a Facebook live video.

While addressing his followers, Pononoi headed for the bush, where he placed his phone at vantage point to capture his moves.

In the video, Ponono could be seen climbing a tree with a rope in his hand.

“People won’t understand what you going through until you act stupid… I am sorry  I love you all”.

Riky Rick was found hanging by his friends at his estate home in north Joburg. His friends managed to rescue him and immediately rushed him to the hospital. Unfortunately, it was too late, and he did not make it.

Riky Rick suffered from severe depression and previously made a video in which he talked about his mental condition.

Before he shockingly took his own life, Riky Rick spent his last moments penning heartfelt letters to his wife Bianca Naidoo and his two children Maik and Jordan.

In his suicide note, Riky Rick revealed he was struggling with depression and he couldn’t go on. He pleaded with his wife Bianca Naidoo and his two children to forgive him for giving up.