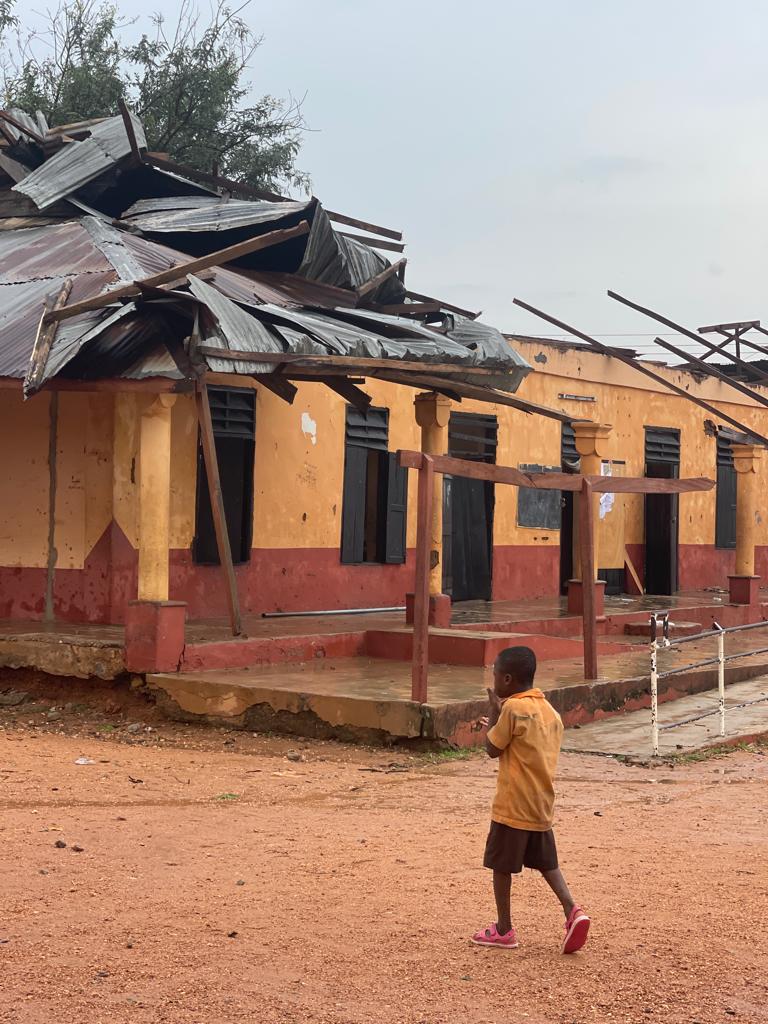 At least three pupils have been injured after a violent rainstorm that hit Kadjebi Akan District in the Oti Region.

The roofs of two schools on Wednesday afternoon were ripped off, leaving the pupils with minor injuries.

About 189 pupils at E.P JHS and 100 from Roman Catholic JHS have been displaced as the fate of final year pupils hang ahead of their exit exams.

The headteachers for the two schools, speaking to Adom News, disclosed the pupils got injured through the collapse of the building’s walls.

According to them, the pupils were first given first aid before being sent home.

They have since, as a matter of urgency, called on the National Disaster Management Organisation (NADMO) and the district assembly to provide an alternative structure for them to continue with studies, especially for the JHS 3 pupils who are expected to write their final examination in November.

Some pupils also said they were terrified at the incident which occurred during lesson hours and abruptly ended their academic activities for the day.

The assemblyman for Kadjebi Central Electoral Area, Samuel Kofi Manu, has described the situation as “devastating and required urgent attended of central government”.

He has, however, appealed to the district assembly, NADMO and other benevolent individuals and organisations to help put the schools back in shape to enable pupils to continue with their studies.