Video of Ukrainians feeding a captured Russian soldier pops up 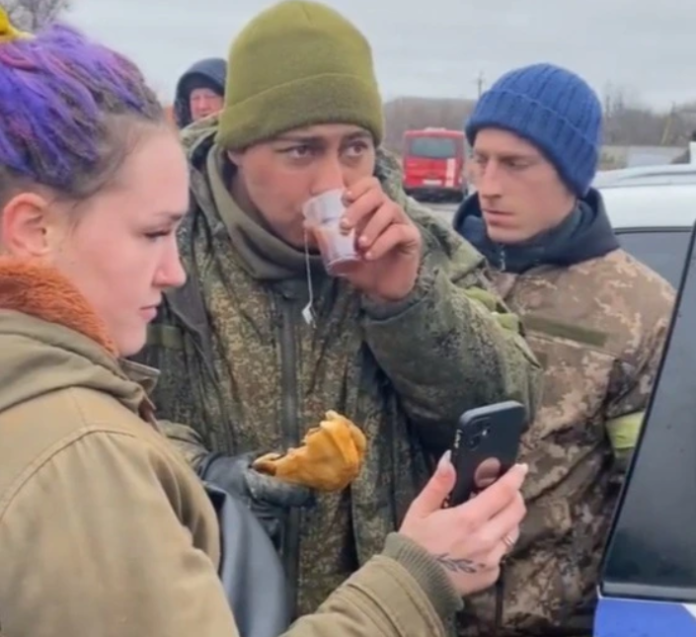 A video has emerged on social media that appears to show a captured Russian soldier being given food by Ukrainians and making a video call to his mother.

A video, tweeted on social media by a street reporter in Moscow on Wednesday, has long gone viral.

A young man in military fatigues was spotted drinking a beverage and eating a pastry while a woman is also seen holding up a phone in front of the soldier, seemingly waiting for a video call to connect.

After the call connects, the woman holding the phone addresses a caller named Natasha in Russian, telling her that “everything is fine.”

The young soldier then appears to break down at the sight of the other person on the call.

The Ukrainian volunteer at the end of the video told the soldier’s mother as he sheds tears, “Don’t worry Natasha, he’s alive and well. You will get a call later,” after the caller was heard asking how to get his son back.

Per media reports, the city of Kherson in Ukraine has been taken by Russian troops and at least 2,000 civilians have lost their lives after six days into Russia’s invasion.

NPP MP down with stroke