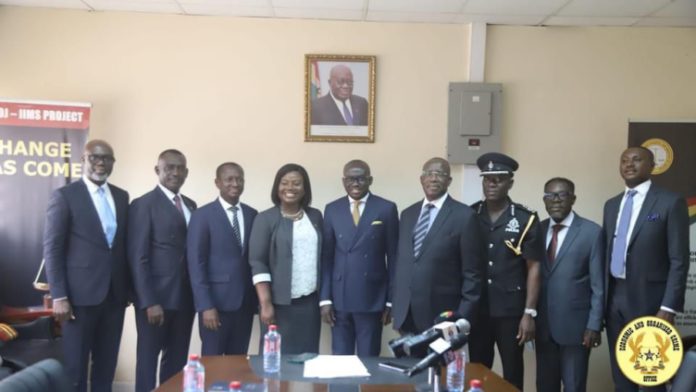 The Attorney-General and Minister for Justice, Godfred Yeboah Dame, has charged the Economic and Organized Crime Office  (EOCO) to go after multinational companies that are evading taxes in the country.

He observed that the government’s efforts at widening the tax net and consequently prosecuting its development agenda are being frustrated by some big oil companies.

According to him, EOCO in the past had reneged on its role in the recovery of proceeds of crime over the years.

Speaking after the inauguration of the governing board of EOCO on Wednesday, March 2, Mr Dame said the mandate to recover proceeds of crimes makes EOCO a revenue-generating organisation for the government.

He said “On my working visit to the offices of EOCO recently, I felt constraint to make the remark about the relatively low record of money it had recovered from the proceeds of crime.

“It is undesirable for perpetrators of economic crime to conceal or keep the fruits of the crimes against the people of Ghana. Such a situation breeds mistrust in the system and rubs the nation with the much-needed revenue for the executive of lofty development projects.

“In my respectful view, the mandate to recover proceeds of crime is one that places EOCO squarely in the position to contribute to the national purse by being a major generator of revenue.

“I implore the new board to formulate policies and superintend the affairs of the organisation in the manner so as to efficiently boost its recovery of proceeds of crime.”