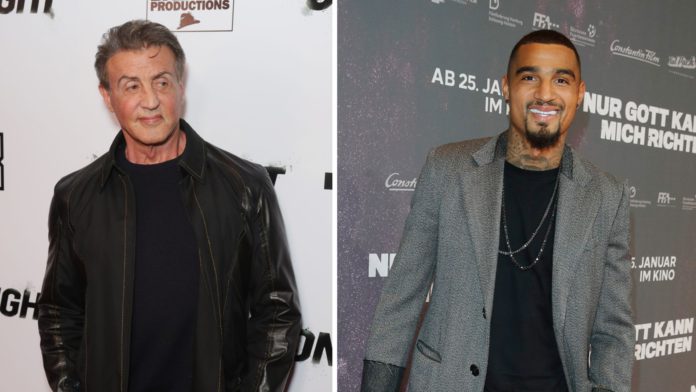 Kevin-Prince Boateng wants to get into the film and television business in addition to his career as a professional footballer with Hollywood star, Sylvester Stallone.

The former AC Milan star is planning TV series with the movie legend popularly known as ‘Rambo’ which is inspired by his personal life.

This was revealed by Boateng in a recent interview with Italian newspaper Corriere della Sera.

“A friendship has been formed with him and I’m working on TV series inspired by my life, but not on football.”

The Heartha BSC player, who recently recovered from corona infection, said: “We are considering that the narrator’s voice comes from Stallone and that we both take on small roles. We want to show the pain and wounds it takes to be successful.”

After various spells abroad in England, Italy, Spain and Turkey, he returned to his youth club Hertha in Berlin last summer.

The former Barcelona forward’s contract with Hertha runs until the end of this season.

“Maybe I’ll stop then. I am not afraid and I have many plans. But when I walk into the locker room, I still want to play,” he said.

At last year’s European Championships, Germany public service broadcast, ARD used him as an expert: “I think I’ll do that again for the World Cup,” he said thinking about the upcoming World Cup in Qatar.