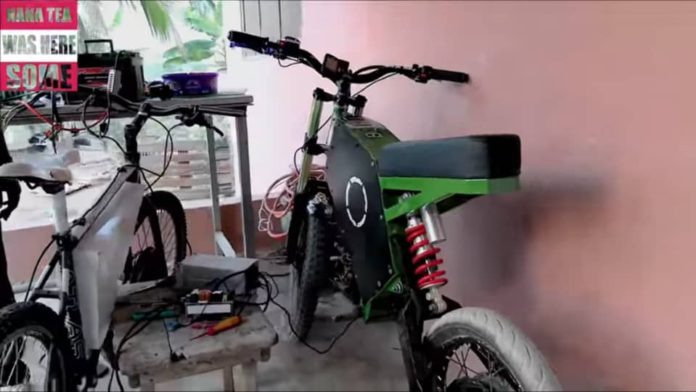 Accolades are in order for a 26-year-old Ghanaian man for inventing electric bicycles that have the capability to charge gadgets.

Lawrence Adjei, a cyclist, powered the invention with old or dead laptop batteries which he used to make a battery system.

He made the bicycles from scratch after procuring basic parts like handlebar, forks and screen. He screwed, assembled and powered the system to form the impressive innovation.

A custom built charger comes along with the bicycle.

When fully charged, it can cover a three-hour ride or a range of 120km depending on weight and temperature.

The bike also comes along with a charging port for phones and a gear box which can be upgraded to three levels of speed.

When a brake is applied, the back motor turns into a generator which produces electricity to charge bike.

The bicycle is bluetooth programmable and also has a GPS locator to monitor speed and distance.

The most impressive feature is the screen lock mode, where smart phone patterns can be used to lock the bicycle. Any attempt to move it without the lock is impossible.