Govt approves budget for evacuation of students; check out amount 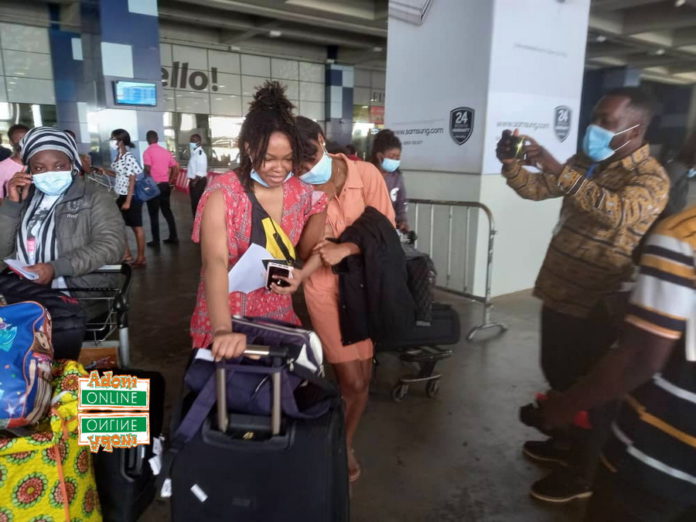 According to him, the evacuation flights for the Ghanaians and the transportation cost are completely borne by the government.

He said the government has so far approved a budget to help evacuate Ghanaians willing to return from the Ukrainian war.

“The government has really helped and has given us money, the initial money from government that is the first tranch is about 2 million dollars,” he said in an interview on Asempa FM’s Ekosii Sen show Thursday.

The government, with the assistance of some European countries near Ukraine, has evacuated a number of Ghanaians to safe zones with several others being processed for evacuation.

“As at 12:00 hrs GMT today (27 February), information gathered was that about 460 students have left Ukraine en route to Poland, Hungary, Romania, Slovakia and the Czech Republic. The students will be received by officials of our diplomatic missions, honorary consuls and officials of the Ghana students’ associations,” the Minister of Foreign Affairs, Shirley Ayorkor Botchwey, has said.

Madam Botchwey said out of the number, 24 have already arrived in Bucharest, Romanian and are being assisted by Ghanaian officials on the ground with plane tickets to Accra while 48 are being processed at a holding area with another 60 going through border formalities.

She also disclosed that an additional 38 Ghanaians have been aided to cross the Ukrainian border into Poland and will be processed to come to Ghana indicating that another batch of 85 Ghanaians are being assisted by the Ghanaian Embassy in Moscow to cross into Russia for onward evacuation.

But he said some Ghanaians are refusing to return home after fleeing from the war zones although their tickets have already been settled by the government.