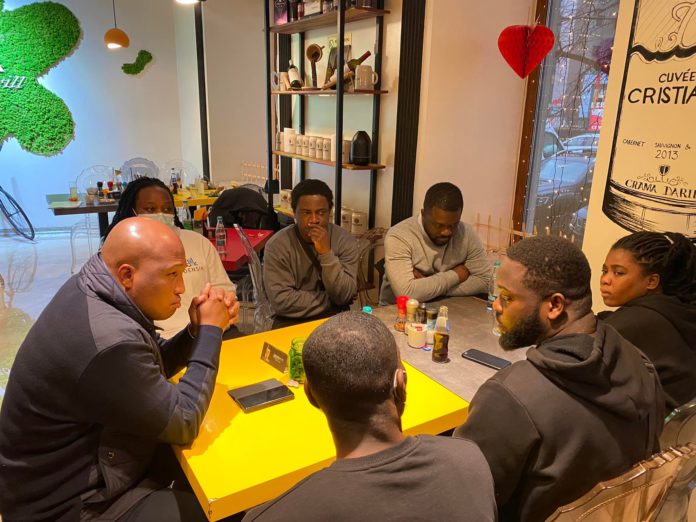 North Tongu MP, Samuel Okudzeto Ablakwa, has been lauded for meeting Ghanaian students evacuated to Romania amidst the Russia-Ukraine crisis.

According to a Deputy Foreign Affairs Minister, Kwaku Ampratwum-Sarpong, the visit will afford the opportunity to get firsthand knowledge about the incident and also have the students share their experiences.

Mr Ablakwa, who is also the Ranking Member on the Foreign Affairs Committee of Parliament, arrived in Bucharest, Romania on Wednesday morning to visit the students who escaped from the conflict in Ukraine.

He had earlier been in touch with Ghanaian students in Ukraine to find ways to be moved to safer zones.

The MP explained the visit afforded him the opportunity to closely assess the conditions of the students and to better understand from their unique perspective how the nation can be more helpful to them.

Addressing journalists at the Kotoka International Airport (KIA) after a second batch made up of 24 students arrived on Friday, Mr Ampratwum-Sarpong said it was a step in the right direction.

“It is a good thing Hon Okudzeto Ablakwa from the NDC travelled to the frontline to get first-hand knowledge as to what is happening. It is very good and will help in putting out the right information.

“Because the danger is if we try to play politics with this kind of situation we find ourselves in, it is not going to help anybody. It is going to devastate the parents,” he advised.

The Minister further revealed reports brought in so far by the former Deputy Education Minister are very positive.

Meanwhile, he stated another Deputy Minister in charge of Administration, Thomas Mbomba was also in Romania to engage the students and visit the border areas to know the best way forward on the evacuation plans among others.