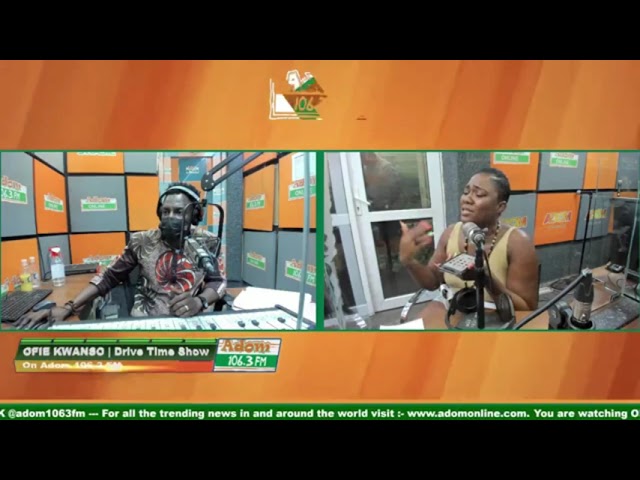 Social media influencer and mental health ambassador, Abena Korkor, says mentioning names of people she has had an encounter with forms part of her healing process.

According to her, in one of her therapeutic sessions, her therapist asked her to mention names so she could be free.

She said the act of shielding people who have caused ‘you’ mental pain could go a long way to even inflict physical pain on one’s body.

In an interview on Adom FM‘s Drive Time show Ofie Kwanso, Abena Korkor said she never wanted to mention names of people but she had no alternative since she wanted to get better.

I didn’t want to mention some names and the therapist said I feel trapped so I should mention the names and feel free. There are lots of people who look away but they are having issues.

She explained that there are thousands of people who are going through mental health issues but they shy away from society even to the extent of seeking for professional health.

According to the former University of Cape Coast student, not dealing with mental health issues has a way of transforming pain physically to the body.

There is something called body dysmorphic disorder… there are people who have psychological issues but it transforms to physical pain. Such people need conversations… some want to divorce but due to their status, they are afraid… for me, I was always putting myself second and shielding those who had hurt me, she told host Jerry Justice.