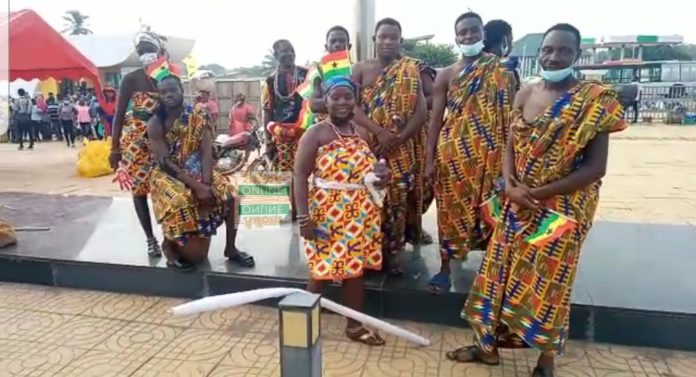 The 65th Independence Day celebrations bloomed into full effect with colourful display at the venue at the Cape Coast Stadium.

The anniversary is being marked with the usual parade from schools, institutions and various services.

Ahead of the march and speech by President Nana Akufo-Addo, patrons have thronged the Cape Coast Stadium to showcase cultural display.

Notable among them are traditional leaders clad in their Kente regalia as well as others believed to be from the Northern parts of Ghana.

Students are also prepared in anticipation of the march, as well as medics from the National Red Cross authority.

Security is in check as police have surrounded the venue.