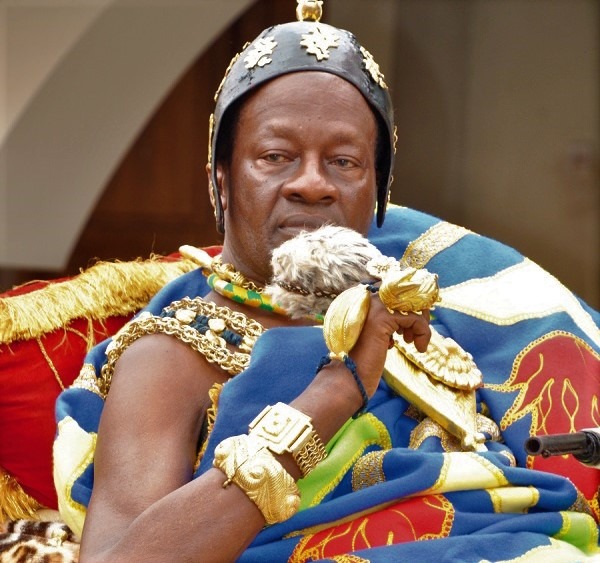 Chairman of the Council of State and Chief of Asante Juaben, Nana Otuo Serebour, is presiding over the traditional One week Observation of his brother, a former Government Statistician and Omanhene of New Juaben Traditional Area in the Eastern Region, Daasebre Professor Emeritus Oti  Boateng and the Queen mother, Nana Yaa Adaani.

The One week Observation will take place at the Yiadom and Hwedie Palace at Koforidua Srodae in the Eastern Region on Monday 7th March 2022.

At a press Conference to formerly Announce the arrangement of the One week Observation, Gyaasehene of New Juaben, Nana Twumasi Danquah, said that the main road from the Market traffic light through to Prince Boateng Roundabout leading to the Chief’s Palace will be blocked on Monday and all commercial activities would seize from Morning till the closure of the One week Observation.

He said though Monday is a Market day in Koforidua, the decision to block the road has become necessary because of the nature and caliber of dignitaries coming to town.

The blockade would help easy flow of traffic to and from the Palace.

Apagyahene of New Juaben and Chairman of the Publicity Committee of  Daasebre Oti Boateng and the Queen mother of New Juaben Nana Yaa Adaani’s One week Observation explained how significant the Monday event is to the people of New Juaben.

He said, it is first in the history of the people of New Juaben to lose an Omanhene and  Queen mother at the same period.

Shocking footage of a missile striking Russian helicopter in Ukraine