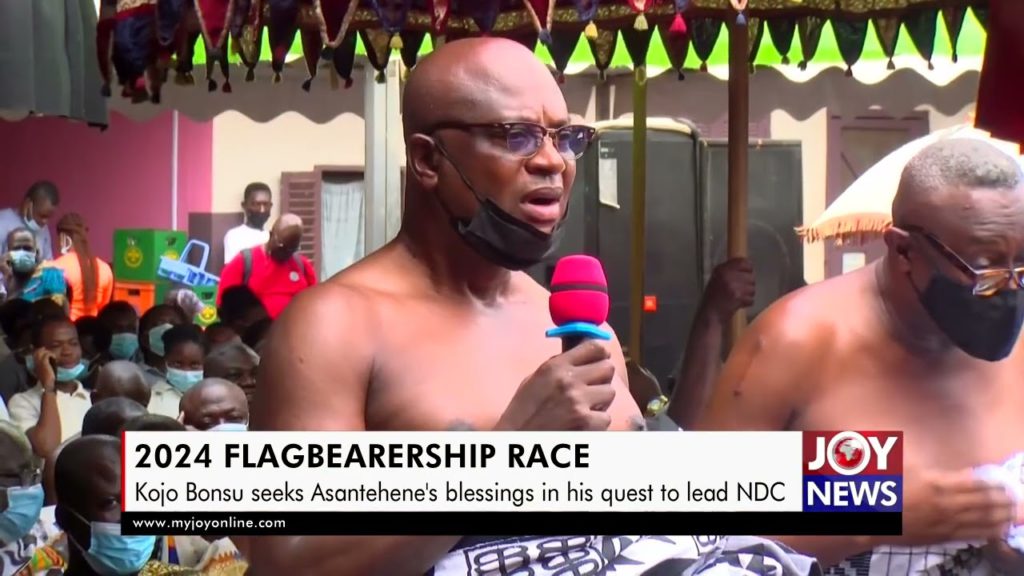 Former Mayor of Kumasi, Kojo Bonsu, has asked for the blessings of the Asantehene in his quest to emerge the first Ashanti flagbearer of the National Democratic Congress (NDC).

Mr Bonsu said no Ashanti has assumed the highest leadership of the NDC before and prayed for Otumfuo’s support.

He told Otumfuo of his desire to increase the fortunes of the opposition party to bring the Presidency home to Kumasi after the 2024 Election.

Kojo Bonsu was at the Manhyia Palace for the Akwasidae festival and officially announced his intention to run for the NDC flagbearership slot this year.