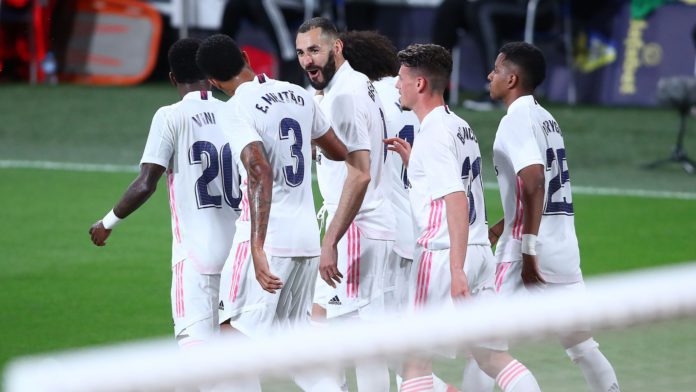 SuperSport viewers on DStv and GOtv can look forward to Round of 16 action from the UEFA Champions League, with matches scheduled for Tuesday 8 and Wednesday 9 March 2022.

DStv and GOtv are the only true home of football in Africa, offering a range and depth of action that no other rival can match – it’s literally ‘Unbeatable Football’! If you’re going to spend your money on something, it may as well be on the best football in the world.

The action opens on Tuesday 8 March with Bayern Munich and Salzburg meeting for the second leg of their tie at the Allianz Stadium, with the German side very much favoured to progress, while Liverpool will welcome Internazionale to Anfield.

Reds midfielder Fabinho says that his side must be wary of the threat posed by the Nerazzurri: “This will be a really tough game,” he insisted. “Inter right now is the best Italian team, that’s why they are up near the top in the league. They play good, they are a strong team. They play together maybe four or five seasons, some players.”

On Wednesday 8 March, all eyes will be focused on Estadio Santiago Bernabeu, where Real Madrid will look to overturn a 1-0 deficit when they welcome Paris Saint-Germain to the Spanish capital. The French side claimed a dramatic victory in the first leg thanks to a late goal from Kylian Mbappe – who is being strongly linked with a move to Real at the end of the season.

Wednesday’s other match sees Manchester City welcoming Sporting CP to the Etihad Stadium. The English champions racked up a 5-0 win in the first leg in Lisbon, but Citizens captain Ruben Dias insists they cannot relax for this return game.

“We expected a difficult game and that’s what we got,” said the Portuguese defender. “The result is very positive for us, but it doesn’t take away the difficulty that Sporting made us feel. It’s not easy to play against Sporting, there are still 90 minutes to play, and our concentration has to be the same.”

No rival can compete with SuperSport’s coverage. Our viewers on DStv and GOtv enjoy an unrivalled selection of football from around the world!

Don’t miss the New Football Season on SuperSport on DStv and GOtv. Visit www.dstv.com and www.gotvafrica.com to subscribe or upgrade, and join in on the excitement. And while you’re on the move, you can stream matches on the DStv App.

One in critical condition as trailer crashes ‘pragya’ [Video+Photos]