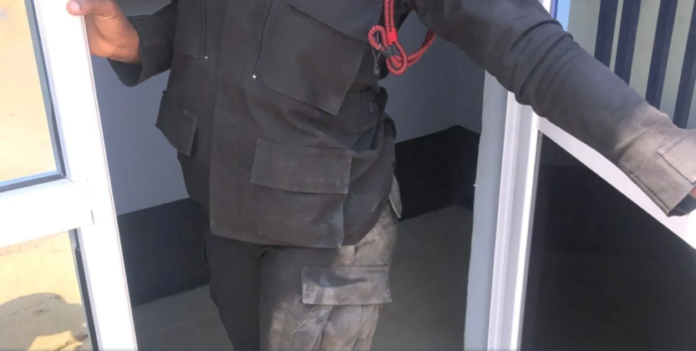 A brave female Police officer at the Tetegu police station in Accra has overpowered a thief who broke jail and took to his heels.

According to information from the Ghana Police Service, suspect Stanley Sarfo, aged 26, was arrested and brought to the Tetegu Police station on February 12, 2021, over two stealing cases.

Mr Sarfo was said to have been locked in the charge office but was able to open the Charge office’s burglar-proof and took to his heels.

Police Officer Constable Abigail Nkrumah who was manning the counter on the day upon realizing that Stanley had broken jail gave him a good chase and overpowered him.

Upon his rearrest, he assaulted the female Police Officer but she did not let her guard down as she with the help of some community members arrested Stanley who was brought back to the station.

The female Police Officer after the arrest was issued with a medical form to go for treatment at the hospital.