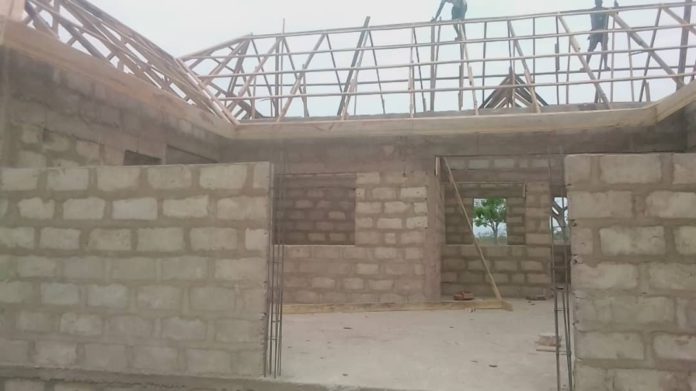 The construction of a new health centre has commenced in the community of Kasebo, a suburb of Kpandai district in the Northern Region.

Work on the clinic, which was initially abandoned, has reached the mid stages.

After its completion, the Kasebo community clinic would offer quality healthcare to hundreds of residents and adjoining villages.

The development follows a report by Adom News’ correspondent, Odehyeba Owusu Job, who had an interaction with residents on the abandoned projects.

The residents explained accessing healthcare was a challenge, and the only project which was to be erected, was left to rot.

A visit to the area saw the clinic being constructed by the government almost 70% done, after completion of the first stage.

The Chief of the area, Nana Akpamang II, on behalf of residents, thanked the Adom team for the impactful reporting.

He also called on the government, through the Ministry of Health, to bring drugs to the facility after its completion to help run the facility effectively.

Nana Akpamang II seized the opportunity to appeal to the government and other benevolent institutions for further developmental projects.