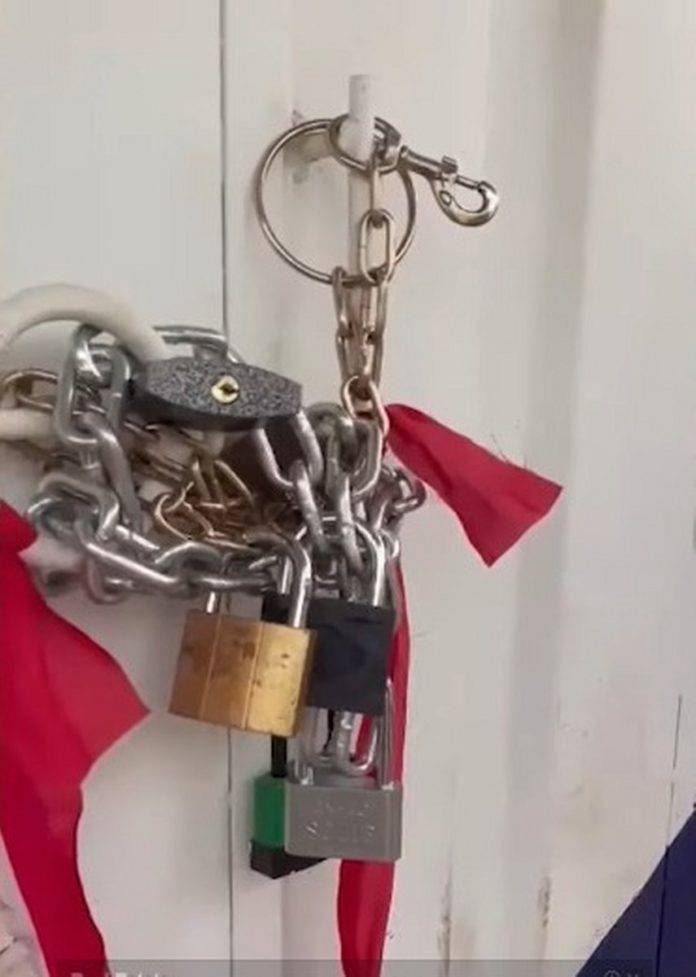 Tension is still brewing in parts of the country over the New Patriotic Party‘s (NPP) polling station election with the Subin constituency being the latest.

An irate group on Tuesday locked up the party’s office over claims of disqualification and removal of their names from the polling station album.

Clad in red armbands and chanting war songs, the disgruntled supporters, clad in red and black outfits, stormed the premises with additional padlocks and a chain to carry out their act.

They accused the Member of Parliament, Eugene Boakye of activities that are making the party unpopular and will not aid their quest to break the eight.

A member of the group also threatened to invoke curses on anyone who dares to reopen the office if the needful is not done.

Conflicts have rocked some electoral areas as the governing NPP begins reorganising processes ahead of the 2024 general election.

Although the election of polling station executives comes off next month, in some parts of the country, party members have among other things accused their executives of hiding the forms.

This includes Kwadaso in the Ashanti Region where some NPP members locked up the constituency chairman on Saturday.

Similar agitations transpired the same day in the Akuapem South Municipality of the Eastern Region and Ningo-Prampram in the Greater Accra Region.