Akufo-Addo, Bawumia and other officials pay last respects to former… 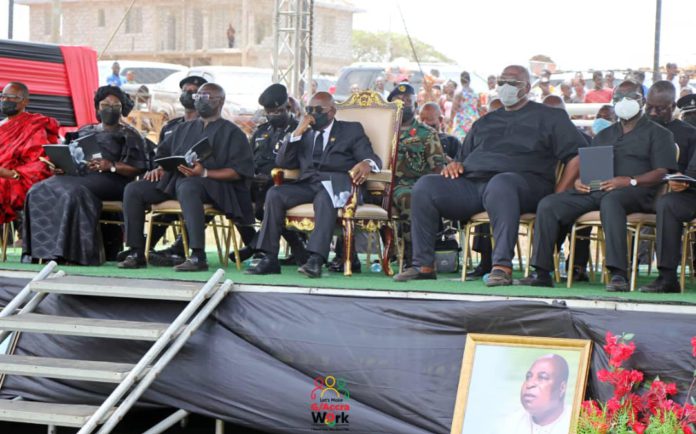 Present at the funeral was President Nana Akufo-Addo who led a government and New Patriotic Party (NPP) delegation to pay their last respects.

Others were the Vice President, Dr Mahamudu Bawumia; the National Chairman of the NPP, Mr Freddie Blay; and a former Speaker of Parliament, Prof. Aaron Mike Oquaye.

Mr Ashitey, who was also a former Greater Accra Regional Chairman, died on Friday, January 7, 2022, after a short illness at the Tema General Hospital.

His death is said to have occurred about a week after he returned from the United States where he was undergoing treatment for an undisclosed illness.

In Parliament, he also served on the Mines and Energy, Foreign Affairs, Government’s Assurances and the House committees, among others.